After watching Twilight the movie, having a latte macchiato and while I wait for my facial mask to dry (while I listen to the Rime of The Ancient Mariner by Iron Maiden to time it), I'm gonna show off my latest custom order from the brilliant Deb from On Cupcake Moon!


Yes, as you might have already gathered, I absolutely love Deb's work! After getting myself some custom made "Thank You" & "Muchas Gracias", I realized I had loads of cute stationery in English, but very few in Spanish, and as I realized when I was wrapping the presents for my friend Irene, I had no cute birthday cards in Spanish!


So, I decided to contact Deb, not only cause I love her artwork, but also because she's great to work with for customs! So, after giving it some thought I chose her Zombie Cupcake as a more manly "Feliz Cumpleaños" card, and her Skully Cupcake as the girly counterpart. 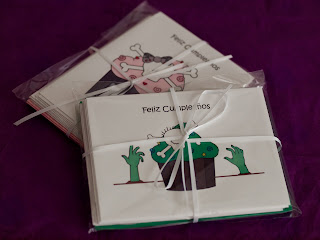 I also got the idea of asking Deb to draw Cinnamon, so I could also get some "Feliz Cumpleaños" cards for everyone with my lovely doggie on them! And she was more than happy to step on to the challenge! She not only managed to create a perfect cartoon-y paper doppelganger of Miss Cinnamon, but she also managed to create some absolutely stunning stationery! 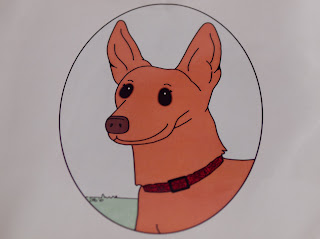 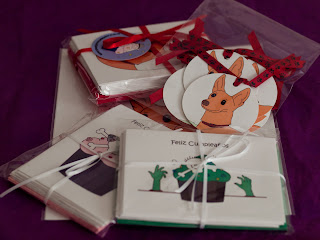 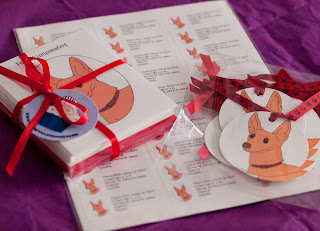 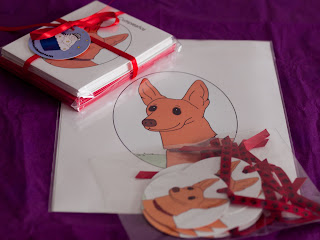 Isn't this print just gorgeous? I intend to frame it and hang it! 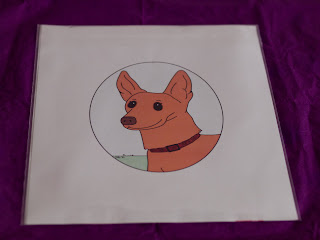 These tags are so cute! Deb added some glitter to Cinnamon's collar and the dog paw ribbons are super cute! 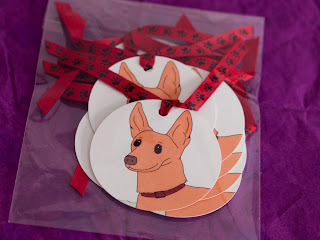 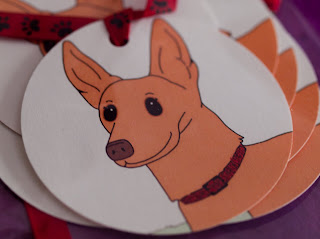 The Zombie Cupcake cards also have some green glitter on them, but don't tell the guys, they wouldn't be manly enough them! ;) 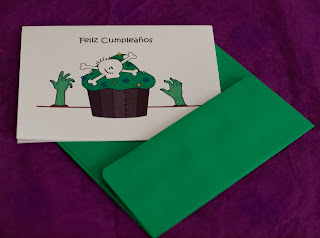 And the Girly Skully Cupcake cards have some nice glitter details in the swirls and bow! 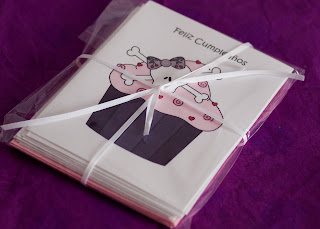 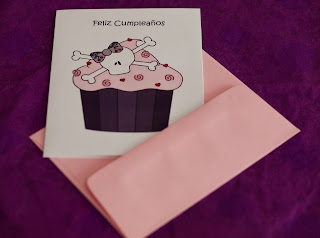 And of course, the Miss Cinnamon cards have the same glitter detail in her collar than the tags! 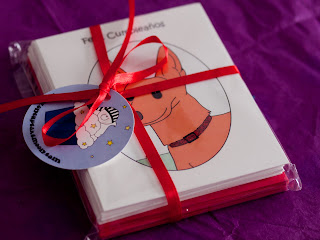 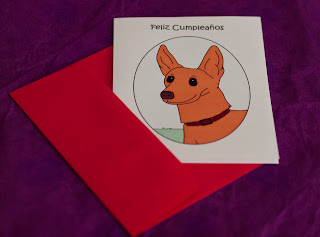 I even decided to ask Miss Cinnamon her opinion about her drawn doppelganger, and I think she approves!

Posing with my mum, looking cool but refusing to lift her ears! 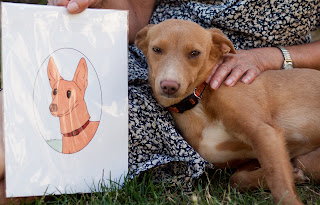 "Hmmm, so that's supposed to be me, aye? Are my ears really that big?" 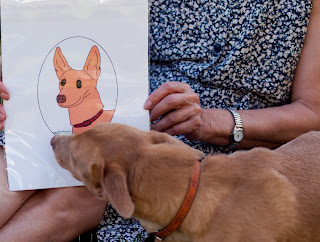 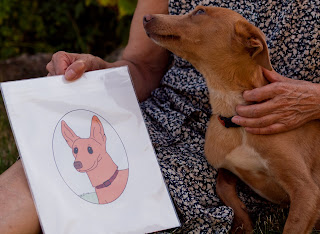 Checking out more goodies with her cute lil self on them 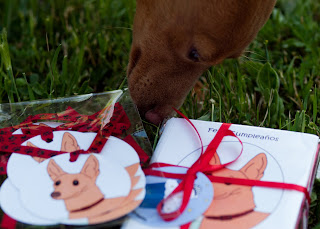 Finally, settles down next to her doppelganger in tag form, so I think it's the final seal of approval! 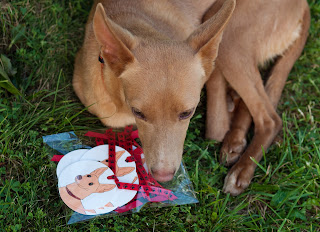