To start this week's Mark This Book Monday I'm starting with another of my few ARCs from Edelweiss that I requested cause it sounded like an awesome dystopian. This one is part of my 2014 Review Pile Reading Challenge and my Dystopian Reading Challenge 2014! 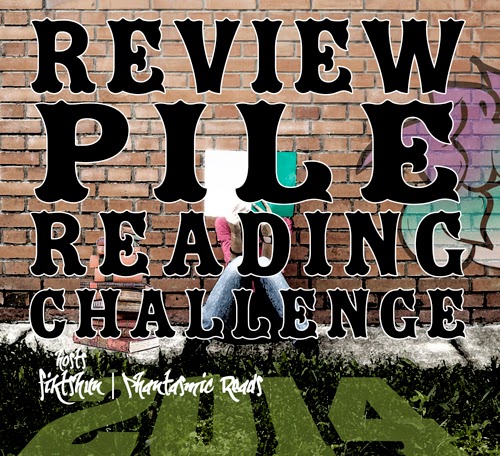 
Dystopian is one of my fave genres, so when I saw this one in Edelweiss and could download it instantly, I totally went for it!

Unfortunately, this was not exactly what I expected or wanted.

It was a dystopian for sure, because something happened to make the world what it is in the beginning of the book but it's extremely vaguely explained, with some references to a climate disaster of some sort that lead to the survivors being walled in cities for their protection, from what? They don't know, we don't know. At first it seemed like this was a distant past sort of thing, but later on we learnt it wasn't that far back, from something Sia's mother says. Everything seems so limited to the Sector, and we only keep getting a few glances here and there, and then we see some of the outside (that was forbidden) and then we go to the New World. But the descriptions lack something to make us feel like we're there, and I was quite bothered by how very few answers I was getting about the world, and it bothered me that the characters also didn't seem to care!

The plot at first seemed a bit confusing, with Sia trying to deal with the fact that some sort of super power/goverment/people in charge have decided to choose a few select ones to go to the New World and then will be sending cyborgs to kill the rest of the humans left in her sector. The countdown for each chapter should have brought us more tension, but somehow we spend so much time with Sia being confused, angsty, a bit of an airhead at the beginning and then everything kinda happens too fast at the end.

I just couldn't get behind everything that was happening cause it all ended up going too fast, too easy, too conveniently or a mix of the 3!

Sia really was an annoying character through and through... at first I gave her the benefit of the doubt, trying to adjust to being condemned to death because you are not "deemed worthy" can't be something you deal with easily, and even less with her parents' reactions. But then she just seems to thrown herself at everything and anything foolishly and rashly and everything seems to work alright in the end? She ended up annoying me.

And don't make me talk about the romance... My emotional state is not ideal right now, but this just felt like more convenience, full of insta love and "feel ready to die for you" in under 15 days?? Just no...

This was a fast read, and it didn't enrage me, despite the main character being annoying for the most part, so I'd say this was totally a "meh" read for me, so 2 stars for it.