Last Will And Testament by Dahlia Adler: Excerpt!!

Today I am honoured to be part of the promo leading up to the release of Last Will And Testament by Dahlia Adler and I will be sharing with you guys an excerpt so you can see if it'll be something you'd like!

But first of all let me tell you a lil bit about the book. 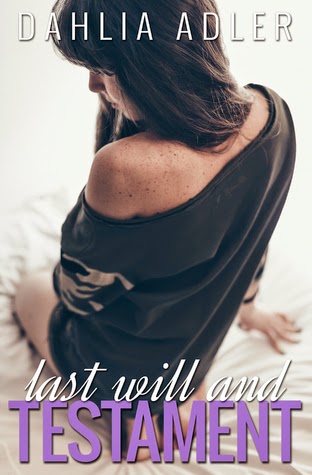 Title: Last Will and Testament

Lizzie Brandt was valedictorian of her high school class, but at Radleigh University, all she's acing are partying and hooking up with the wrong guys. But all that changes when her parents are killed in a tragic accident, making her guardian to her two younger brothers. To keep them out of foster care, she'll have to fix up her image, her life, and her GPA—fast. Too bad the only person on campus she can go to for help is her humorless, pedantic Byzantine History TA, Connor Lawson, who isn't exactly Lizzie's biggest fan.

But Connor surprises her. Not only is he a great tutor, but he’s also a pretty great babysitter. And chauffeur. And listener. And he understands exactly what it’s like to be on your own before you're ready. Before long, Lizzie realizes having a responsible-adult type around has its perks... and that she'd like to do some rather irresponsible (but considerably adult) things with him as well. Good thing he's not the kind of guy who'd ever reciprocate.

Until they turn into far more than teacher and student.

Until the relationship that helped put their lives back together threatens everything they both have left.

And now the excerpt!!

I wince at the mention of Connor, glad Max is too distracted by his surroundings to notice. He certainly had been nice, and I’m not sure I would’ve gotten through the past month without him. But I’m not his responsibility, and I’m not his friend, and I’m not sure how or when I forgot those things, but I need to start remembering them, stat. He’s my TA—not my chauffeur, not my broker, and not my confidant. I still can’t believe I told him about the Slutmobile.

“Yeah,” I mumble when I realize I still haven’t answered Max. Thankfully, it’s a short-lived subject, and for the rest of the walk, Max peppers me with questions that are easy enough to answer—what this building is and that, what various signs say, and why so many boys and girls walk around wearing funny-looking pictures (i.e. Greek letters) on their chests.

Then there are the slightly harder ones, like, “Why is that boy’s hand in her skirt?” Asked extremely loudly, of course, about a couple fondling each other on a bench bordering the quad.

A twinge of loneliness both unfamiliar and unwelcome worms its way into my system at the sight of the happy, snuggling couple. I yank him in the other direction, for both our sakes. “He’s keeping his hands warm,” I say hastily as we take a slightly alternate route to the health center.

I’m so busy keeping an eye out for other situations I don’t want to explain that only Max’s tugging hand keeps me from bumping into a couple standing just outside Nijkamp Hall, the biggest of the grad student dorms. “Crap, sorry.” Apparently it’s my destiny to have couples shoved in my face today. I step around them, squeezing Max’s hand tighter, but then the guy speaks.
“Lizzie? Max?”
Against my better judgment, and because there’s a witness, I turn at the sound of the familiar voice. It’s Connor, of course.
And he’s wearing flat-front pants.
I want to both laugh and cry at the sight. He looks really, really fucking good, and I look like a teen mom on one hour of sleep who doesn’t own a single article of unwrinkled clothing and couldn’t be bothered with so much as a hairbrush this morning, let alone lip gloss.
Meanwhile, the blonde he’s with looks like she got dressed by cartoon birds.
“Good morning,” I say, pasting on a smile. “Max, say hi to Mr. Lawson.”
“Mr. Lawson, huh?” the blonde teases. “And here I’ve been letting the kids call me Jessica. Clearly I need to take a more authoritative approach.”
The kids. Fuck you, Jessica. I do not like you.
“The bigger kids get to call me Connor,” he says with a smile and a wink in my direction that makes me want to hate him but instead does a weird flip thing to my stomach I’d prefer to pretend isn’t happening. “Jess, this is Lizzie, and this is her little brother, Max.”
“Jess” crouches down and holds out a hand for Max to shake. “It’s nice to meet you, Max.” He shakes her hand with a toothy smile and I decide that maybe she’s not a megabitch. Maybe. At least until she straightens up and says, “I have to run to class, but I’ll see you tonight,” to Connor before squeezing his forearm.
We exchange “Nice to meet you”s before she walks off, but my brain’s still working to process the past few minutes. Connor has taken my fashion advice. Connor has also, apparently, taken a lover. Or already had one.
And I care, apparently.
Which means I need to get laid. 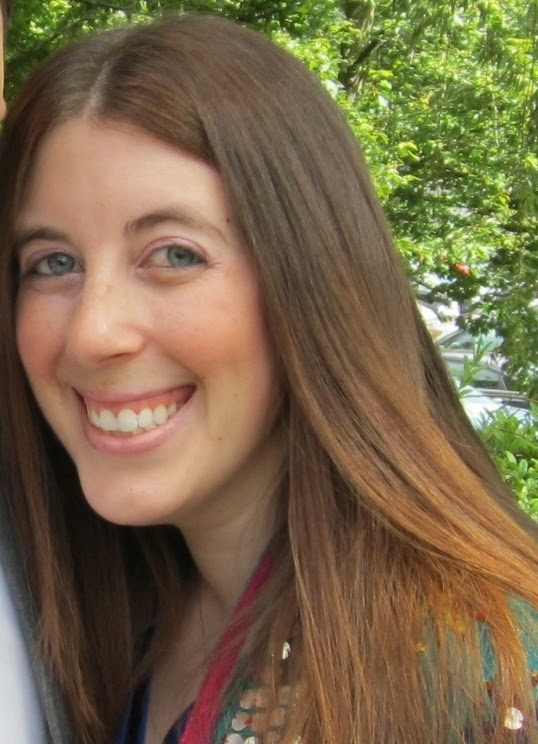 Dahlia Adler is an Associate Editor of Mathematics by day, a Copy Editor by night, and a YA and NA writer and blogger at The Daily Dahlia, YA Misfits, and Barnes & Noble at every spare moment in between. Her debut novel, BEHIND THE SCENES, is available now, and its sequel, UNDER THE LIGHTS, releases from Spencer Hill Contemporary on June 30, 2015.