Book Blitz: Across The Wire by Stella Telleria! Guest post and giveaway! 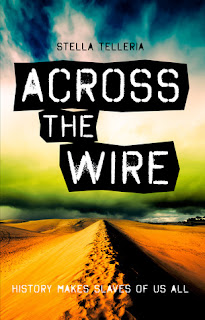 Across the Wire by Stella Telleria

Synopsis:
When Mia Mitchell, a hardcore but lonely former Marine, steps into an alley to pull some thugs off an unlucky foreigner, she walks into a fight she expects. What she doesn’t see coming is the foreigner making her a job offer any sane person would refuse. So, she takes it. She thinks she’s headed for some third-world country; instead she’s mysteriously transported to an Earth-like parallel world. That’s a mad left-hook.
Mia discovers a matriarchal dystopia where freedom doesn’t exist and fighting for it means execution. Lethal force bends all to the law; women fear for their families and un-wed men suffer slavery. Mia’s job is to train an underground syndicate of male freedom-fighters for a violent revolution. However, the guys don’t want a pair of X chromosomes showing them the way.
Eben, an escaped slave, is encouraged by Mia to become a leader among the men. But when he turns his quiet determination on her, it spells F.U.B.A.R. for cynical Mia. Their unexpected connection threatens more than her exit strategy; it threatens the power struggle festering with in the syndicate.
Haunted by nightmares and post-traumatic stress, unsure who to trust or how to get home, Mia struggles to stay alive as she realizes all is not what it seems. 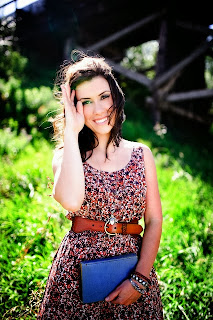 All my life I’ve dreamed of stories or have had my nose buried in one. I live in Edmonton, Canada with my husband and my weird sense of humor.

I know a lot of authors who cringe at the thought of creating a cover for their novel. This creative process is different than the writing process, but I’ve always met it with anticipation as it signifies the book reaching completion. Being a self-pub author, I had full control over the cover which made it an exciting and scary experience.


While I’ve helped design covers or given feedback to authors on this topic, I’m no expert. But as an avid reader I know what I like and don’t like when it comes to covers.


What I do caution other self-pub writers against is the idea that the cover must accurately convey the story. I have a writer friend who is quite an accomplished painter and he has hopes of using his art as his cover. Instead of either of these two goals I suggest the author realize the cover is not about you or the story. Yes, it should relate to the story in some way, but realize that the cover is for your reader, not you.


Things to think long and hard about:


Who is your target audience?
What other novels/genres will the readers who read your novel pick up?
What do other covers in your genre tend to look like?
Is your reader male or female?
What’s the reader’s age bracket?
Would this image make you stop and pick up this novel in a bookstore?


These are the only things you should be concerned about and you should always get as many opinions as you can. One stock photo may alienate a gender, or embarrass a business man or mother, or not appeal to a younger generation. I also prefer to stay away from having faces on covers. I, as a reader, don’t like to be told what the characters look like. I prefer to imagine them myself. It’s okay if there are people on the cover if I can’t see their faces.

And now for the giveaway!!