As my second Mark This Book Monday entry of the week I have the sequel to Marked and the reason I finally started reading the series, because once I got approved for this eARC on NetGalley I felt like I really HAD to start the series!

Since this one is a fantastic mix of genres and it's an ARC I can count it towards three of my challenges, the 2015 Mythology Challenge, the Dystopian Challenge 2015 and the 105 Challenge for the books for review category! 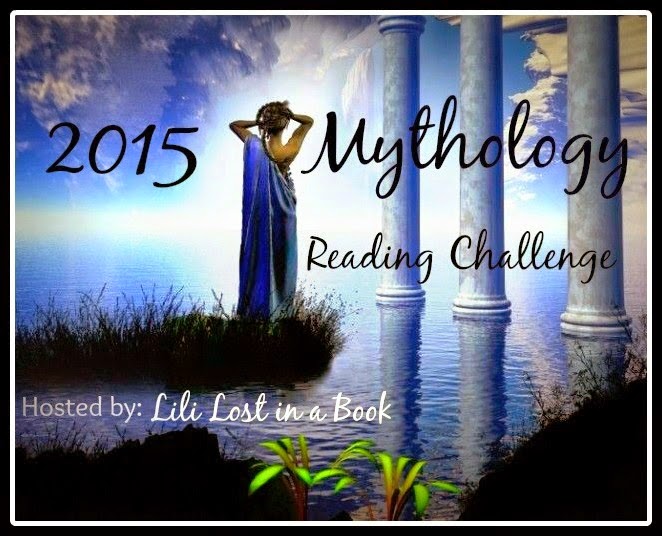 
Getting approved on Netgalley for Claimed is what made me start this trilogy and I'm thankful for both the approval and for the push to start this series because I'm simply in love!

The second book expands on the world building and twists the plot another notch and although Eli and Cacia are present and continue to be important in the book, the focus is not on them this time, very much like it paranormal romance series, we have a new couple to take the lead, with their own conflicts and their on path to finding their way together.

Galena and Declan are an interesting couple because both are very closed off for their own reasons, but given how Galena is an abuse and rape survivor, some warning for triggers need to be given. It is explored rather well, in my uninformed opinion, but despite their relationship starting as a very marriage of convenience, Declan always gave Galena the power of deciding and choosing what, when and how, and she was the one that made the choice to finally stop letting her past control her.

We discover that there are traitors in both the Keres and the Ferrys and that the Fates are not as in control as we'd think (or even hope) and we meet more Greek myths in this one. Maybe that's why I guessed who the bad guy was a bit early in advance and it made me a bit mad waiting for the rest to catch up, because of my knowledge of Greek myths.

The mix of paranormal romance, urban fantasy in a postapocalyptic setting and Greek mythology is flawlessly done and I was turning pages as fast as I could read them! A fantastic sequel that was as good or even better than the first book was! Very well deserved 4.5 stars for this one and cannot wait for the final book in the trilogy!!