It's nearly time for LIARS INC! Interview with Paula Stokes!!

Welcome everyone! Today I am extremely pleased to be part of the celebration for Liars INC by Paula Stokes!

I was extremely lucky to read LIARS, INC early and it kept me up reading till I was done with the book, even when I had a biiig case of jet lag! And today I'm once again lucky to have Paula over in the blog for an interview! 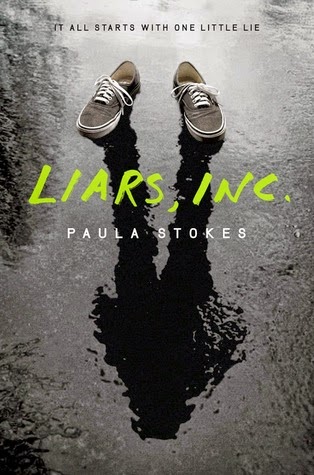 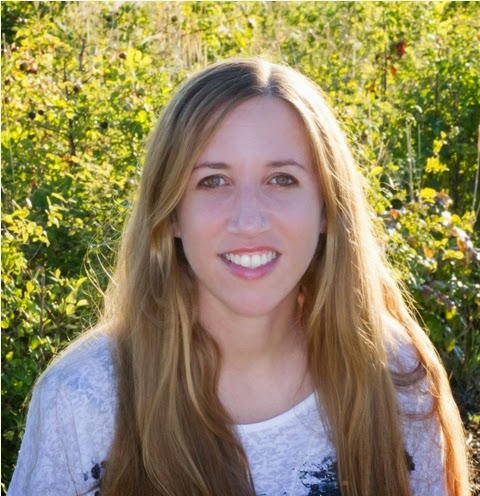 Paula Stokes writes stories about flawed characters with good hearts who sometimes make bad decisions. She’s the author of THE ART OF LAINEY, INFINITE REPEAT, LIARS INC., and several other forthcoming YA novels. When she's not writing, she's kayaking, hiking, reading, or seeking out new adventures in faraway lands. Paula loves interacting with readers. Find her online at authorpaulastokes.com or on twitter as @pstokesbooks.


Today I have the pleasure to welcome to the blog Paula Stokes, fellow nurse (part time) and full time awesome author!
Welcome Paula and thank you so much dropping by for an interview! Never mind the two dragons and sheep fangirling around you, they're (mostly) harmless.

That makes me think of How to Train Your Dragon! *wonders if your dragons ever carry off your sheep and feed them to a big super-dragon* And the interview has taken a dark turn already... ;-)

- Let's get going. I read and loved Lainey last year and it was a cute & fluffy read with depth to it. How did you come to write such different books? Liars INC is both a thriller and a murder mystery and is as different from Lainey as it comes! Was that a conscious choice or simply something you wanted to write?
I've always been more into darker things. I wrote three work-for-hire historical murder mysteries and I remember telling my Paper Lantern editor I was writing a book with zero dead bodies and she was kind of like, "Why?"

Why, indeed! I started out just writing the stories that I most wanted to write, regardless of the reasons. This is the biggest benefit of not having an agent or editor--you literally can write anything you want without worrying about option clauses or branding or the market, etc. I had the idea for LIARS in early 2010, before the idea for LAINEY, but I started LAINEY after a painful breakup and writing her story healed me. Now I feel a like I have a dark audience and a light audience, so I'm going to try to release a book for each of them every year.


- Is there anything that sparked the idea of writing a murder mystery or was it a mash up of things coming together? Also, what came first, the Liars or the murder?

I grew up reading Christopher Pike and Dean Koontz, two guys that really know how to spin some wild tales but make them feel believable enough to be scary. I was definitely inspired by them, but actually the liars came before the murder. I knew what set-up I wanted to use, but it took me a while to figure out what happened to Preston, and more importantly to determine the character motivations behind everything that occurred. I know in the real world people commit all kinds of crimes for seemingly arbitrary reasons, but I think fiction works best if you can look at the actions of all the major players and really understand where they're coming from, whether or not you agree.


- We see a lot of (very welcome) diversity in this book with Parvati being half Indian, Max's adopted twin baby sisters being Korean... how much of it came from a conscious choice to make the book more like life and how much the characters arrived fully formed like that in your mind?

I guess I'm lucky that a wide array of characters naturally appear in my mind, because I'm not sure how organic it would feel if I designed them with a diversity quota in mind. I do believe strongly in diversity, cultural and otherwise, in fiction, but my first loyalty has to be to the story. I generally take the characters as they come and don't change their races, major personality types, etc., unless there's a specific plot need to do so. Obviously if I wrote a book and realized it had no diversity at all I would stop and make some changes, but that hasn't happened to me yet.

I did make the conscious choice to make Parvati Indian because one thing that irks me about CIA-related books and movies is their over-reliance on Caucasian characters when the real CIA recruits people of color heavily because they are easier to station in foreign countries. The Korean little sisters are based on two of my students that I taught English to when I lived in Seoul.


- Given that the murder in the book is a high profile one the FBI gets called in and take over the case. Your FBI agents don't seem as much cocky arrogant bastards as they are sometimes portrayed in most tv shows. Did you do a lot of research about FBI agents and procedure/protocols?

I interviewed a Major Case Squad detective who answered a lot of police/legal procedural questions but recommended using FBI agents for the story due to Preston being a senator's son. I hemmed and hawed a bit and made the switch to FBI agents in one of the later drafts, so there are more changes to the finished book that I made after speaking with additional experts while the ARCs were being printed.

The agents are even more professional now--for example Gonzalez doesn't call Max a jackass anymore, he handles the pictures he shows Max with more tact, and McGhee is portrayed as heavy but not quite as obese as he reads in the ARC, as FBI agents have fitness standards that most local detectives don't have. I also got help from a lovely law student who looked up the proper terminology for all the crimes Max commits during this book and critiqued my arraignment proceedings, etc.

My main thing with McGhee and Gonzalez is that I didn't want them to come across as complete nimrods. I'm not a fan of books where the fifteen year old protagonist solves the crime while the adults can't see the clues right in front of their faces. That doesn't feel real to me. These FBI agents aren't perfect, but you get the idea they know how to do their jobs and would eventually solve this case on their own.


- I felt like Max was written so very well and with such a genuine voice, how hard/easy was it to write a male teen POV? Was it harder or easier than writing Lainey or say Micah?

I've always been a tomboy. I grew up following around my older brother, rock climbing and playing Dungeons & Dragons. In my twenties, I spent six years working as a line cook/kitchen supervisor in a restaurant kitchen. Most of the cooks were boys like Max--just regular guys that you have to get to know to see what makes them special. A lot of people would have seen "high school dropouts" or "slackers" or even "thugs." Maybe that's what I saw when I first started working there, but not once I spent time with them. They were all so unique and worth knowing.

Being the only girl in a group of almost all guys was really informative once I convinced them they didn't have to censor themselves around me, and I definitely channeled a lot of my coworkers for both Max and Micah. But I also gave the LIARS manuscript to several guys to read. My Y-chromosome betas helped me weed out the occasional girly phrase and pointed out places where Max was being too dramatic or introspective. Random funny: The original draft had Max mentioning Parvati's "platform ankle boots." Yeah that got cut quickly once I got my "boy notes" back.

I wouldn't say Max was easier or harder to write than Lainey--just different. He was probably easier to write than Micah, because Micah is such a fan favorite that I was really worried I might mess up his voice in INFINITE REPEAT.


- Although Liars INC feels like a finished and contained story on its own, given how everything is resolved, I feel like I'd love to read more about this characters, specially Parvati since I must say she's probably my favourite. Can we expect more about them? Like novellas or companion novels or any sort of extras? *crosses fingers*

Well I made the mistake of putting Parvati's Guide to Lying up on Goodreads, so I guess I have to write that now ;-) That's just going to be a fun 20-page booklet where P talks about how, when, and where to lie, as well as pointing out the times you should probably never lie. You'll be able to read it free on Wattpad.

A companion book that takes place after LIARS, INC. and features Parvati as the main character alongside a cast of diverse teens is outlined and partially written. Think Homeland meets Nikita meets Jennifer Lynn Barnes The Naturals books. I'd say there's a 95% chance I'll finish writing that, even if I can't sell it to a traditional publisher, but I do have two books under contract I *should* write first >_>

And that's all folks! Thank you so much Paula for answering all the questions and not freaking out when Morrigan almost set your hair on fire, she's also a big Parvati fan and got excited thinking about more Parvati stories!

Eek! I thought I smelled burnt hair. Wouldn't be the first time, or the second time, but those are stories for another day :-) Thanks for having me on your lovely site, Pili! *eats cupcake* *tucks second cupcake into purse for later* 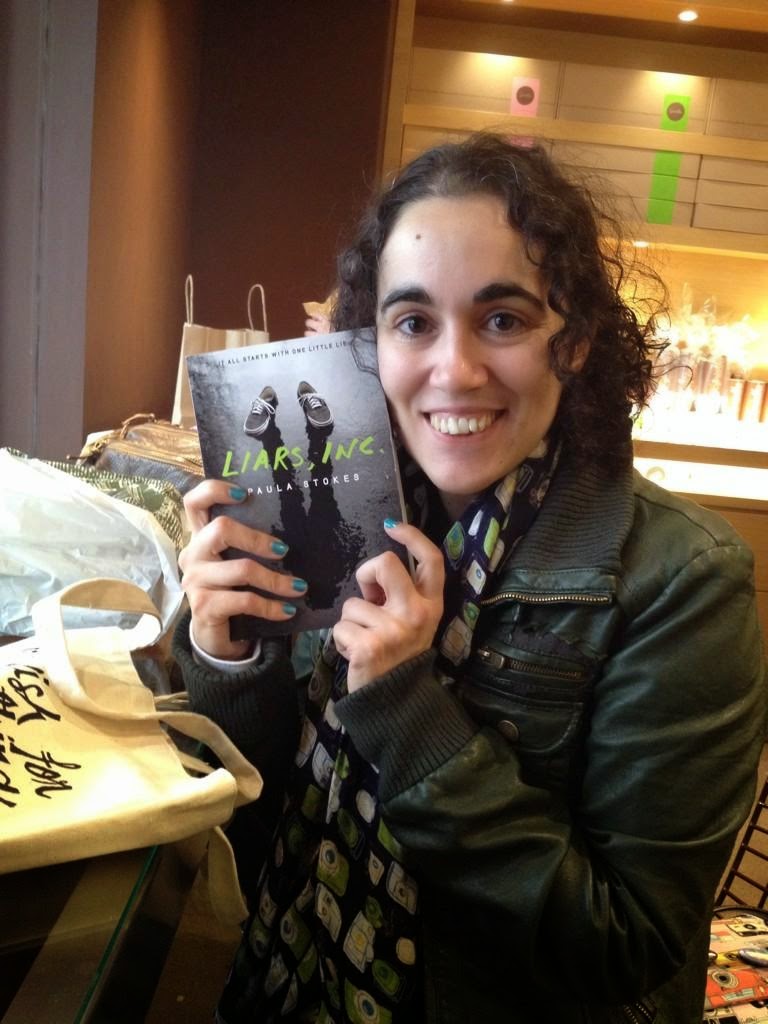