Friday Reads: The Madness Underneath by Maureen Johnson!!

I'm starting this week's Friday Reads with a sequel that is part of my 2014 Series Challenge and that as luck would have it did not suffer from middle book syndrome! The only pity is that the final book won't be coming out this year, but the next which is quite a bummer! 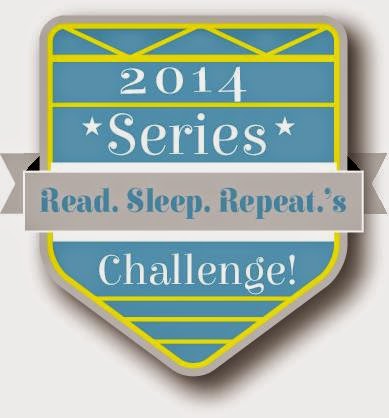 The Madness Underneath by Maureen Johnson


The Madness Underneath started very shortly after the ending of The Name of The Star, so you can expect some spoilers for the first book in this review, but as usual I will do my best to ensure I won't spoil this one for you.

This is a great sequel and let me tell you, it doesn't suffer at all from the dreaded middle book syndrome. The story progresses if in a bit of an unexpected direction, but that had some crumbs planted on the first book.

Rory is trying to deal with all that she went through at the end of The Name of The Star and as usual, she does it in her own unique style. Half trying to figure out things, half pretending she's okay and ignoring whatever issues she might have, and all around lying to everyone around her about what happened.

She discovers some new and unexpected abilities and feels like she must stay in London and help Stephen, Boo and Callum. But her parents are understandably scared and want to keep her safe and close to them. Her new abilities prove to be reason enough to, through some behind the scenes manouvres, get sent back to Wexford so she can be close to the team.

Back in Wexford she falls back to her usual routine of being Jazza's friend and Jerome's girlfriend, and trying to catch up with all the school work that she missed, but she's no longer the same girl she was and she keeps finding clues and thinking more of her secrets than trying to go back to a normal life.

The plot in this one surprised me, cause at first it seemed like it'd be similar to the main plot of book one but then, a character that I didn't think would be too relevant turned out to be not only relevant but the main villain for the book and maybe the rest of the series! We get a peek at a more deep mythology for the whole purpose of the Shades and after an unexpected showdown we are left with an ending that was quite cliffhanger-y and evil!

I missed more of the friendship of Rory and Jazza, cause those two make a great team, but whatever was present felt very genuine, including Rory's guilt at having to lie to Jazza all the time. As for the romance... I have to say part of it I saw it coming, and felt very realistic as far as teenage relationships go, but the other part... well, I wasn't as sure about it. Hopefully the mess that the romance and the cliffhanger are will get resolved in the final book!

Well deserved 4 stars for this one.