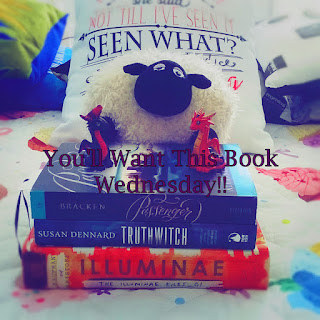 Today I have a new thing/meme/feature for the blog today! Inspired by Save the Date from The Perpetual Page Turner and Pre-Squee from Bewitched Bookworms, I decided to do my own to showcase those books that I get to read pretty ahead of time (mainly from BEA) and to call it You'll Want This Book Wednesday!!

And as the first book to showcase in this new feature here to substitute Waiting on Wednesday for me will be Gemina! 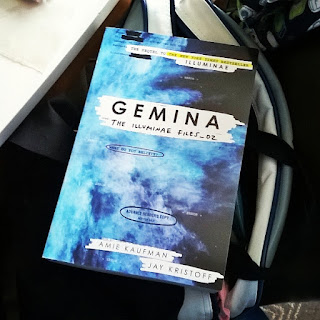 Moving to a space station at the edge of the galaxy was always going to be the death of Hanna’s social life. Nobody said it might actually get her killed.

The sci-fi saga that began with the breakout bestseller Illuminae continues on board the Jump Station Heimdall, where two new characters will confront the next wave of the BeiTech assault.

Hanna is the station captain’s pampered daughter; Nik the reluctant member of a notorious crime family. But while the pair are struggling with the realities of life aboard the galaxy’s most boring space station, little do they know that Kady Grant and the Hypatia are headed right toward Heimdall, carrying news of the Kerenza invasion.

When an elite BeiTech strike team invades the station, Hanna and Nik are thrown together to defend their home. But alien predators are picking off the station residents one by one, and a malfunction in the station’s wormhole means the space-time continuum might be ripped in two before dinner. Soon Hanna and Nik aren’t just fighting for their own survival; the fate of everyone on the Hypatia—and possibly the known universe—is in their hands.

But relax. They’ve totally got this. They hope.

Once again told through a compelling dossier of emails, IMs, classified files, transcripts, and schematics, Gemina raises the stakes of the Illuminae Files, hurling readers into an enthralling new story that will leave them breathless.

I read (maybe should I say devoured?) Gemina on my trip going back home from BEA 16. I had plans to save it from the long flight home from Atlanta to Madrid (I had a layover in Atlanta from Chicago), buuuut... I started reading as soon as I got to my gate at Midway. I have mentioned page 505 and my reaction to it on social media, so maybe let's just say that I think I managed to freak out both the flight assistant and my row mates with my demand of extra chocolate & alcoholic beverages after saying a rather loud "THE FUCK!"...

The ARC does have quite a few pages with artwork to come, but it didn't bother me at all. It just gives me a bigger reason to re-read my finished copy as soon as it gets home! You can expect the same humour that Illuminae had and also the format we already know about, but it did not feel like a rehash of the same thing at all since the storyline is so very different. There's plenty of science to make you think but not too confusing.

Things don't start how you'd expect, and you find yourself surprised by some developments, which is always good! Not predictable storylines but enough winks here and there to the nerds that might get them too!

Simply, if you read and liked Illuminae, YOU NEED TO PREORDER GEMINA NOW!