Mark These Books Monday: I'll Give You The Sun & Carry On!!!

For this week's Mark These Books Monday I have two books that count both towards my Diverse Reads Book Challenge as well as the Rock My TBR Challenge!

Carry On was my buddy read with Melanie from One Less Lonely Blog for #RockMyTBR and the other one, I'll Give You The Sun, I finally decided to read because of Mel too! It is one of her fave books, and I decided to read it while I waited for her to catch up with me on our buddy read! 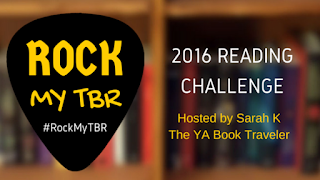 I'll Give You the Sun by Jandy Nelson


I cannot decide if I should give this one 4 or 5 stars. My gut feeling after finishing was 5 stars but this morning I was thinking of a few issues I might have with it...

I really enjoyed this one, it grabbed me and wouldn't let me go! I kept reading and reading and I really needed to know what would happen, what was going on, what happened in the past, simply everything!

The book is told in dual POV from Jude and Noah, the twins, but one is present time (Jude) and the other one is 3 years in the past (Noah). I loved both their voices, even if Noah's was the more bright and emotional, at least at first. He's the artist and he's falling in love with a guy and also has all his hopes up to join the arts school that's his dream. We meet a different Jude there that the one we spend time with as a 16 year old on her pages and Noah is also different in her pages, not just because we see him from his sister's eyes, but because of events that happened 3 years ago.

Changing from one POV to the other was quite a bit jarring because how different things and characters were in each of the narratives, but I really liked the character development and the complex family dynamics and relationships. I really loved also how important art was for both Noah and Jude, but how differently they both felt and lived it and expressed it.

After a bit of thought, I'm giving this one 4.5 stars but will leave the rating as a 4 stars here. The changing POVs sometimes interrupted the flow for me, even if sometimes they complimented each other very well, I was left a bit unsure about how I felt about the family complex dynamic and how it was resolved in the end. Also a bit unsure about the age differences in the relationships and how it was presented. I'm still not sure if I feel like they can be problematic or not, so those small bits are nagging me from giving it a full 5 stars.

Carry On by Rainbow Rowell


I absolutely loved this one! It has not dethroned Fangirl as my Rainbow Rowell favourite book, but it was close! I loved her take on the Chosen One story and the magical school, and I simply loved Baz and Simon and Penny and Agatha! I'm also extremely glad to have buddy read it with Melanie from One Less Lonely Blog because we've had a lot of fun chatting about the book as we progressed!

I know not everyone loved the Baz & Simon snippets on Fangirl, but I loved them as much as the story itself, so I was super excited to read their full book story when I was announced, but for some reason once it published... I was wary of starting it, I guess? I dunno, but since October last year it had been sitting in my Kindle. And boy, why did I doubt Rainbow Rowell? I was hooked probably since page 1!

The vaguely Hogwarts-y feeling was there but in such a way that it was different enough to be its own story but some winks that simply made me want to re-read the Harry Potter books! This magical world is different, and so is our Chosen One. But I must say, that my favourite part and what I think the strongest of the book is not exactly the magical world of Chosen One plot, although it is very well done and wrapped up in a single book. No, the strongest part of this book is the characters, their dynamics, relationships and their development.

The book is told on multiple POVs, the main ones being Simon, Penny, Baz and Agatha, althought we also get Lucy's which at first we aren't sure who she is, and the Mague. I really enjoyed all the main 4 POVs but I must confess my favourite has to be Baz! I really liked his voice, his self-deprecanting voice and how he accepted who he was, and how he made himself the villain if need be. I couldn't stop shipping him and Simon like mad since his POV chapters started! Simon seemed well obsessed enough with him too, even if he seemed to be think it was just concern for whatever Baz could be plotting against him (yeah right... denial is not just a river in Egypt, indeed).

As I say, I adored all the main characters, Penny was a delight, outspoken, loyal and not letting Simon be self sacrificing in stupid ways and Agatha? Agatha was trying to find her place in a world where magick is everything and she couldn't care enough about it, and I loved how she ended up being true to herself and her true feelings, not to family pressure. And I loved how Baz & Simon's relationship progressed in the midst of a murder investigation and the onset of a massive war.

The conflict was explained and solved in a rather more satisfactory way than I expected and I was happy to see what happened after, even if it was just the immediate aftermath. A bit unusual for a fantasy but pretty much in line with how unusual a fantasy story this one. After all, it was all about the characters and who they are/were.

Very well deserved 5 stars for this one!