I will be hosting Chelsea over in the blog talking about the importance of diversity and how she feels she will always include it be it contemporary or fantasy stories! And not only that, there will also be a giveaway to enter at the bottom of the post!

But first a lil bit more information about the book! 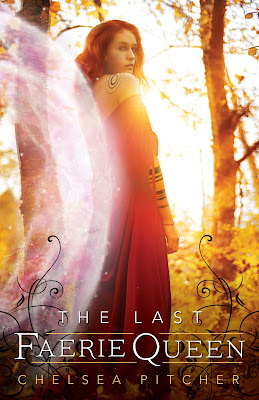 
After risking her life in the mortal world, the faerie princess Elora returns home to incite a revolution. Allied with the Bright Queen, Elora rallies her people for a battle aimed at overthrowing her mother, the Dark Queen. While some question their ability to win, Elora senses victory, knowing she has a secret weapon: Taylor, the human boy she loves, and a motley crew of his school friends, each armed with a skill that can turn the tide of the coming battle.

But then Elora's supporters in the Dark Court turn on her, believing she has forsaken them in favor of humans. When the Dark Queen kidnaps two of her human friends, Elora must mount a daring rescue mission to free them before her mother offers them up as a sacrifice.

Why My Fantasies Will Never Be White-Washed or Straight-Washed


Several years ago, I was tinkering around in a shop in Eugene, Oregon. It was the kind of shop that specialized in magic-related items (less cards tricks and sleight of hand, more faeries and paganism). I was just rounding a corner, looking at the little winged figurines, when I overheard a conversation between a customer and the shop-owner.

“I’m looking for the goddesses,” the customer said.

The shop owner, a middle-aged man with a Jerry Garcia beard, pointed to a row of statues from Africa and Asia.

The customer shook his head. “No, the real goddesses,” he said, pointing at a poster. I followed his gaze. There, splayed out in a come-hither pose, was a blond, buxom lady with milky-white skin. The real goddesses, I thought, gaze trailing back to the statues along the wall. Not, mind you, the goddesses from the oldest civilizations on earth. Not the ones with brown skin and curves. No. To him, the word “goddess” conjured up an image of a pale-skinned, golden-haired lady who looked remarkably like Pamela Anderson with a pair of wings slapped on her back.

I wanted to say something, but I didn’t. Questioning random guys in magic shops isn’t exactly my thing, and besides, people can like what they like. Still, this idea of “real” stuck with me when I sat down to write “The Last Faerie Queen.” Creating a white-washed fantasy world just didn’t make sense. If faeries are elemental beings (the spiritual aspect of the earth’s physical body), wouldn’t they have skin in shades of golden brown, or even inky black? They might have branches for limbs or leaves growing out of their hair. They definitely wouldn’t all be pale and blonde:


“She rose, and that light bled away from her like rivulets into the sea. Now unburdened by her luminescence, I could see her more clearly: those curves, bound tightly in a gown of diaphanous green; that skin, warm and brown as the earth kissed by sunlight. She was larger than life, this great forest queen. And she had power I could not comprehend.”


~ Elora, describing the Queen of the Bright Faeries in “The Last Faerie Queen” ~


Once I had a clear idea of how the faeries would look, I started to think about their sexual identity. I knew that faerie sexuality would be different, because they wouldn’t be influenced (biologically or socially) by a need to reproduce, and they wouldn’t believe in human religions. In my version of Faerie, people would love who they loved, and want who they wanted. The gender of the lover wouldn’t be important.

Still, knowing something and effectively portraying it in fiction are two different things. If all of my faeries were bisexual (or polysexual or pansexual) would they indentify that way? Or would they take for granted that love was love and desire was desire, and not feel the need to label themselves? In “The Last Changeling,” Elora chooses to define her sexuality because she’s in the mortal world:


“Human distinctions of sexuality don’t exist in Faerie, but if they did, I would probably identify as polysexual.”


But in “The Last Faerie Queen,” I decided to show the fluidity of faerie sexuality, rather than announce it. It isn’t hidden (in a “Dumbledore is gay, but I’m telling you after the fact” kind of way), but it also isn’t explicitly explained. As an author, and a bisexual person myself, I knew it was important to put this information into the novel, but using human definitions in the Faerie world didn’t make sense. So, while two human characters (Kylie and Keegan) openly identify as bisexual and gay, the faerie characters illustrate that their sexuality is fluid. You can see it in their actions (when a satyr leads Keegan off into the forest) and hear it in their conversations (whenever the Bright Queen’s affections are discussed). In the end, I found I’d written a story with one straight character, and a whole host of queer faeries and humans!

Thank you so much to Pili for having me, and please leave us comments about the kinds of diversity you love to see in fantasy worlds!!

Thank you so much Chelsea for this amazing guest post, I just cannot wait to read the book! Faeries are never ones to let themselves be judged by human standards! 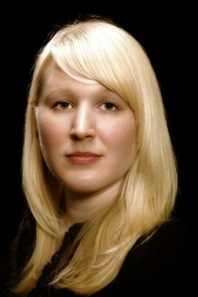 Chelsea Pitcher is a karaoke-singing, ocean-worshipping Oregonian with a penchant for wicked faerie tales. She began gobbling up stories as soon as she could read, and especially enjoys delving into the darker places to see if she can draw out some light. She is the author of THE S-WORD (Simon and Schuster), THE LAST CHANGELING (Flux), and THE LAST FAERIE QUEEN (Flux 2015).

2 winners will receive a signed finished copy of THE LAST FAERIE QUEEN, US/Canada Only.