Happy Halloween! I hope you are all enjoying this day, handing out candy, dressing up or reading and/or watching some spooky movies! My plans are to watch Nightmare Before Christmas before work tonight... Yes, I work on Halloween night and I'm extremely bummed about that! 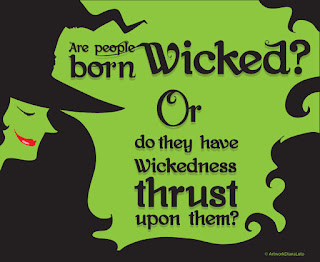 Today for Saturday Pages I have a pair of mini reviews for two ARCs that I got via NetGalley (thank you Ink Monster) and that are part of a series that I'm really enjoying, Angelbound and Angelbound Offspring!


Since I fell in love with Myla and Lincoln in Angelbound I have continued to read all the books in the series, and although I haven't felt the same love for any of the books as for the first one, they are still good and fun to read!

This is the story of Maxon as an adult, and as such we don't really see as much of Myla and Lincoln even if they do appear here and there. I'm pretty sure this book can be read without having read the previous three books, because we get enough little tidbits here and there about past events that are relevant to understand.

The book is told in dual POV, Maxon's and Lianna's. I really liked Lianna, how she was trying her best and standing her ground, I could really relate with her hate of being addressed as "a girl" in a demeaning or patronizing way! I loved that she could stand her own, even if she had some growth to do and adapt to the new situation!

Maxon is one of those alpha-ish guys that never really veers into the arsepha side of the spectrum, and that never treated Lianna as a "must be protected and therefore underestimated" being, so that was a big plus to him. Reading his POV felt like a rather realistic male thought process, so that was also another plus. He was a bit hormone driven and hot and cold on occasion, but he had his own issues that could justify the back and forth!

As far as world building goes we get a look at Elementals and their society and culture and how they interact or not with our previously known realms, as well as a little look at the human realm. The plot is both a mix of Lianna's quest and an Elemental and how to remove a tirant from power and Maxon and Lianna's relationship development.

The pacing was fast and so I read the book quite quickly! I guess I felt like it lacked maybe a lil bit of depth or lenght to develop the relationship a bit more, because it felt a lil bit too quick, even if we have to accept some supernatural connection given the world the book is set in. I guess that my main complain and why I give this one 3 stars, but on the very good side of the three stars!


Portia is the second book in the Angelbound Offspring series and just like Maxon, it can be read as an standalone, not only from the Angelbound series but also you don't need to have read Maxon to read this one, but I'd recommend that you read them all, everything will make a lil more sense!

Portia is a lil bit different from the rest of her family, not so much of a fighter with her hands, more with her brain. She's always been a bit of a second rate sort of royalty given her marks and has got more scorn than respect. I loved that she was a bookworm and had a big connection with both her maternal grandmother & grandfather!

I really liked that Portia could stand her own and show her family (and the general population) that she doesn't need to be a big physical fighter to be able to do something to save the world! And to do so she does have some help, namely Tempest, the Furor Emperor, a full on demon and dragon!!

I really enjoyed the quest to save all the realms that Portia and Temptest embark themselves on, I really like the world building that was done during the quest, but I felt that the romance progression was a bit too fast (even faster than it was on Maxon) and although it is understandable to some extent once something is explained in the narrative... It just felt too fast and too convenient.

I'm tempted to give another star to this one or at least a half star because of the Furor dragons and the ending because I really loved it, but I still felt that the book was a bit too rushed and maybe a bit too short? I wouldn't have minded 50 more pages or so!