Happy Friday! Just one more day till Halloween!! I hope you all have your costumes ready, some candy to hand out (and plenty to eat) or have plans to spend the day watching/reading some creepy movies/books!

I'm starting this week's Friday Reads with this month's book for The Reader's Lounge Book Club! I was quite excited when the book I had voted for got chosen for October and also glad that once I read it I had the sequel readily available! 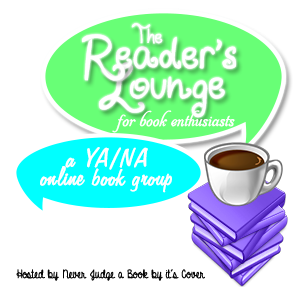 The Young Elites by Marie Lu


I had wanted to read The Young Elites since it was published last year because all my bloggy friends reviews were great but they also mentioned a bad cliffhanger, so I was determined to wait till the series was over to read it.

BUT that changed when it was chosen as October's book for my book club! I was excited because I had voted for it and also relieved because the sequel was coming out this month too. And boy am I glad of that! I will be reading The Rose Society ASAP because the ending for The Young Elites packs with the punch to the feels!! Cliffhanger alert!

Adelina is not your "usual" YA main character. She could be qualified more easily as a villain than a hero I guess, but she doesn't feel like an evil character, not purely and not one dimensionally either. Adelina was marked by the plage and has been shunned by everyone and mistreated by her father. It's no surprise that she finds herself fighting back in any way she can, and that her moral compass is more than a bit awry.

We meet a lot of morally grey characters. The Dagger Society members are fighting for themselves and their political agenda and also for the rest of the malfettos, even if they don't do it openly or fight for them all. Raffaele and Enzo are both leaders in their own way, with their own different powers and their own different ways to exert control and to wield power that was taken from them. Their relationship with Adelina is very interesting since both have different opinions of her and interact very differently.

There are three POVs in this book, Adelina in 1st person and Enzo and Teren in 3rd person. While this could have felt odd, it didn't, it adjusted quite well with how the story is Adelina's so that's why we follow her path more closely, and I love how we are privy to her mind's inner workings!

Teren is the main antagonist of our book, the High Inquisitor and that has dedicated his life to pursue, capture, torture and kill malfettos. He was also an extremely fascinating character, very creepy and disquieting with his extreme devotion to his cause and his self-hatred! And also his own quest for power.

I loved that the relationship between Adelina and her sister Violetta is so important in this book! They have a lot of love but also a lot of resentment between them, and despite Adelina always having felt second rate compared to her sister, she doesn't care what she has to do to keep her safe! Great to see how a familial relationship is as important or maybe even more than others like romantic ones in this book.

The book has a few lulls here and there while Adelina gets used to her new surroundings or gets trained and plans are made, but once the action picks up, this is a mind-blowing rollercoaster of powers used, fights, explosions, deaths, betrayals and more betrayals and more deaths!

And then you get to the epilogue that makes you even more excited and scared of what's to come in the next book! Very much deserved 4 stars to this one!