Well, it feels nice blogging a bit more continously now, but I'm sadly too busy with the apartment preparations to even dare to hope to have time to have a minimum of two posts up per week, let alone a more regular posting schedule!

Still, here I am with the recap for BEA Day 3, Friday or the DAY-WHEN-ALL-THINGS-HAPPEN-AT-THE-SAME-TIME!!

Once again, I owe all my awesome bloggy & bookish friends for being kind enough to send me all the pics because my phone is a piece of sh*te! THANK YOU!

Once again, we decided to get up early to be at the Javits when the lines are just beginning to form, which means that in the morning I wake up, get up and get ready, and wait for the rest of my roomies to get up while having my tea (which is a rather so-so kinda tea because there's no kettle and I made it every morning with the scalding water from the shower, so... well, yeah). Once again, breakfast from the deli (cream cheese icing bagels for the win, I miss having them for breakfast!).

This time our big group of ducklings was divided between Black Widow and Six of Crows, so our crew was split gone to line up at two different entries to the BEA floor. The Six of Crows line (closer to the authographing area) was Britt, Sarah, Cassie, Melissa, Cristina and myself. This line was a lil better organized, even if we were told to squish together several times, there were no other weird shenanigans! 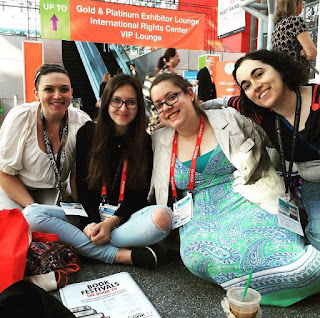 Once we got in, the pre-line for Leigh Bardugo got started by the great staff at the authographing area, those ladies in the neon green tees knew what to do!

While waiting in line I was hoping to spot Kim and Layla from The Midnight Garden and author Jen Ellision, but no such luck, too many people all over the place, so that's the one big bummer from BEA, not being able to meet these wonderful ladies!

But I got to meet the very lovely and purple-haired and super awesome Melissa Grey that was nice enough to take pics with us and sign bookmarks!! *squeal* 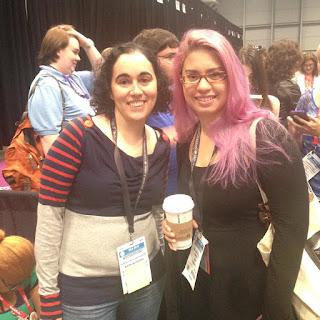 The line for Six of Crows was rather insane, because loads of people used their "first in line" passes for it, so they realized they had miscounted the about of ARCs they had, and had to cut the line early. We were lucky enough to get ours signed and Leigh Bardugo was brilliant! She was super nice and lovely and took time to talk and sign even when she was being hurried! Also, some sort of magical powers because look at her hair being flawless even with the NYC humidity!! 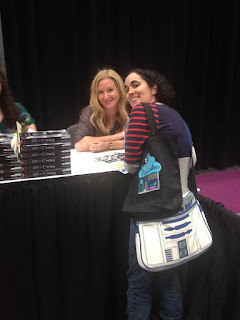 And after Leigh Bardugo I was good till the Soundless signing, so I just roamed around a bit, hang out with my roomies, met with Jenny from Supernatural Snark again, had lunch with Britt, Sarah and the adorable Xander from Forever Bookish (he was doing BEA with his mum and both were beyond adorable!).

Right now, as I'm writing this recap, I'm wondering if I got just two book on Friday or if I got three as my brain seems to be telling me, but I cannot for the life of me remember what other could have been that third book? So yeah, let's just assume I just got Six of Crows and Soundless!

I used my "first in line" pass for Soundless but was a lil disappointed when we were told "no photos and no personalization" and that bummed out feeling along with the fact that we were saying bye to a lot of our bookish friends meant that I didn't have the energy to try and stay for the Rae Carson line (I already had the ARC but wanted to meet Rae) so we left soon after... 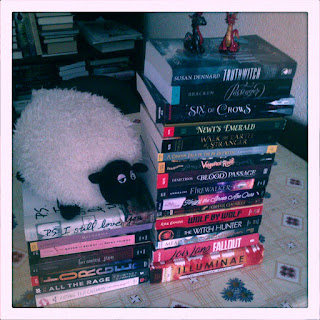 BEA was an amazing experince but it also left me so very tired!!
Some lessons learnt on how to make BEA better for myself: Plan differenly next year and make sure you arrive a few days before BEA so the bloody jet lag doesn't kill you as much! Add extra maybes to your schedule so if you get out of a line early you know what you might want to try for and not just wander aimlessly and end up missing things!

I'm really REALLY looking forward to attending BEA16 because I'm already planning and plotting with my bloggy/bookish friends and it's gonna be EPIC!!