Hey there everyone! Today I'm taking part in the Blog Tour for Stakeout by Nikki Jefford, organized by Xpresso Book Tours! 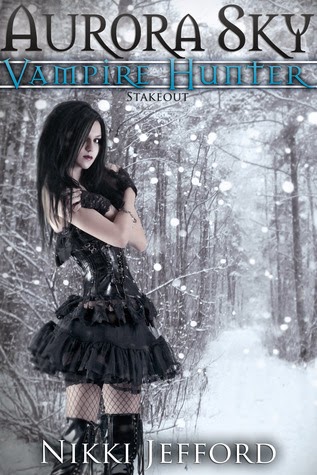 Synopsis:
Noel Harper got a second chance at life when the government recruited her as an undercover vampire informant. Since the day they brought her back from the good-as-dead, she has wanted to prove herself worthy.

When a member of her investigative unit is murdered, Noel is paired up with a vampire hunter named Dante to spy on a suspect in Fairbanks. The problem? They’re not the only ones on stakeout. Taking down murderous vampires is one thing. Dealing with the past is another. But this time, Noel isn’t letting fear win. She’s calling in help from the other side and learns a shocking secret along the way. 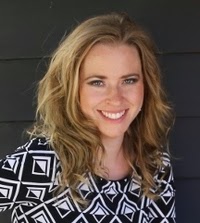 The Aurora Sky: Vampire Hunter series is a recent discovery of mine, and I'm quite loving this new and fresh take on vampires.

Stakeout is a novella from Noel's POV and it does what a very good novella should do, and that is not only giving us a better understanding of another character but also giving us something more, something else for the series itself.

Noel is such a great character and we find out so much about what she's keeping to herself, she's a much deeper character that what she reveals to the rest of the characters. The events of Stakeout are the same ones that we had in Northern Bites, but we see what happened with Dante and Noel on their missions, and we also understand much better some scenes that were quite puzzling in NB.

Now, I'm even more excited to read Bad Blood to see how we're gonna deal with all the revelations we've been handed here, that are quite a few and that might have been hinted at in Northern Bites, but that were only properly confirmed here.

Deeper look at characters, with explanations and information relevant for the series as a whole and with a storyline that kept me turning page after page, this novella is more than well deserving of 4 stars!