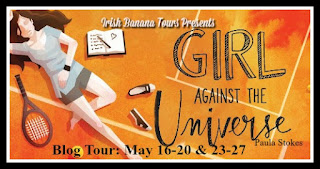 I know it's been a while but first was my slump and then vacation... but today I'm back with a brilliant post!

I'm super honoured to be part of the Blog Tour for Girl Against The Universe by Paula Stokes, organized by the lovely Hannah from Irish Banana Tours!!

There will be a giveaway at the end of this post, so stay tuned for that! I'm gonna be sharing one of the books deleted scenes that I really wish could have stayed!! I will be sharing my 5 stars review for GATU either later this week or early next week too! 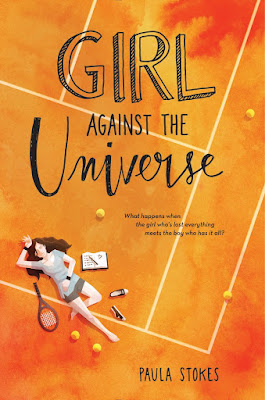 Girl Against The Universe by Paula Stokes

No matter how many charms she buys off the internet or good luck rituals she performs each morning, horrible things happen when Maguire is around. Like that time the rollercoaster jumped off its tracks. Or the time the house next door caught on fire. Or that time her brother, father, and uncle were all killed in a car crash—and Maguire walked away with barely a scratch.

It’s safest for Maguire to hide out in her room, where she can cause less damage and avoid meeting new people who she could hurt. But then she meets Jordy, an aspiring tennis star. Jordy is confident, talented, and lucky, and he’s convinced he can help Maguire break her unlucky streak. Maguire knows that the best thing she can do for Jordy is to stay away. But it turns out staying away is harder than she thought.

From author Paula Stokes comes a funny and poignant novel about accepting the past, embracing the future, and learning to make your own luck. 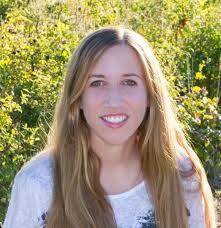 Paula Stokes writes stories about flawed characters with good hearts who sometimes make bad decisions. She’s the author of several YA novels, most recently Girl Against the Universe and Liars, Inc. Her writing has been translated into eleven foreign languages.

Paula loves kayaking, hiking, reading, and seeking out new adventures in faraway lands She also loves interacting with readers. Find her online at authorpaulastokes.com or on twitter as @pstokesbooks.

Paula: So this is a scene that got cut in a huge four-chapter delete because of multiple major changes to the storyline. There was no psychologist in the first draft, so Jordy was helping Maguire test her curse and she was helping him with math homework in return. One day she’s tutoring him and checking out his tennis trophies in the living room and he offers to show her the stuff in his room… That turns into them kissing, and then Jordy’s mom comes home unexpectedly and Maguire is trapped in Jordy’s bedroom. Jordy isn’t allowed to date because of his tennis schedule, so he and Maguire have to enlist the help of Jordy’s younger sister to explain Maguire’s presence upstairs. The plan is for Maguire to pretend to be friends with his sister. I have purposely obscured the identity of Jordy’s sister in this deleted scene because it’s a mini-spoiler for the book.

“Oh my God,” I say. “Every day is the most embarrassing day of my life.”
Jordy’s sister starts rifling through her closet. “What are you embarrassed about?” she asks, her voice muffled by a mix of T-shirts and designer tennis clothing. “I think it’s cool he finally found a girl he likes enough to risk getting in trouble for.”
“But I don’t want him to get in trouble,” I protest. “I tend to do that—somehow get other people into bad situations that don’t hurt me at all.”
“Really?” Ducking out of the closet, she eyes me curiously.
“It’s a long story, but yeah.” I glance at myself in the mirror again. My skin is slowly returning to normal color. “Thank you,” I say. “Jordy’s right. You’re a lifesaver.”
“Maybe,” she says. “Or maybe I should have let you two get busted. I hate that my parents make him feel like he has to sneak around. You weren’t doing anything wrong, even if you were having sex.”
“But we weren’t,” I say quickly.
She blinks innocently. “Not yet.” Then she rolls her eyes. “Oh boy. Just when you were starting to go back to your normal color.”
I turn back toward the mirror and will myself to return to my usual shade of pale. School, I think. Mr. Ginger. Terminal Velocity. Trigonometry. I force-feed my brain the least sexy things I can imagine and it seems to work. Slowly the redness fades from my cheeks.
“Okay. Put this on.” Jordy’s sister hands me a tennis dress that is at least two sizes too small for me. “My mother will never believe you came over here to practice with me wearing jean shorts.”
I suddenly wish I hadn’t left my duffel bag in Jordy’s car. I wriggle into the tiny dress and tug it down over my hips and thighs. It’s so tight I can barely move.
She gives me an appraising look. “Hmm, that’s a little snug, isn’t it?” She tries to pull up the neckline and pull down the hemline simultaneously, but the dress still looks borderline obscene. “Maybe I have some warm-up pants that will fit you.”
There’s a knock at the door. “It’s me,” Jordy says from the hallway. Jordy’s sister opens the door a crack and he holds up my duffel bag. “Thought you might need this.” His gaze falls on me in the too-tight dress and his jaw drops a little. “Whoa,” he says.
“Get out,” his sister hisses as she grabs the bag. I flash him a grateful look just before she shuts the door in his face. As I quickly change out of her dress and back into my own tennis clothes she says, “Sorry. I think not being able to date is making him extra-pervy or something.”
“It’s okay. It’s kind of flattering.” I check my reflection in the mirror. Much better now that I’m back in my own clothes.
She clicks her tongue at me and shakes her head back and forth. “No it’s not. Don’t be one of those girls who finds being objectified flattering. Be flattered that he likes you for reasons that actually mean something.”
Because you’re smart, and funny, and talented, and kind. He does like me for reasons that actually mean something. But can I say the same? Maybe I only like him because a boy who could have almost anyone picked me. Maybe I only like him because I know that sooner or later I’ll push him away for his own good. He’s safe, because I won’t let things get carried away…will I?


1 - $25 B&N gift card, or in the event of an INT winner, choice of one book from The Book Depository or Wordery.
2 - Swag pack winners