Monday is here and I'm pretty happy to be part of the Book Blitz for Furious by T.R. Ragan, organized by the lovely Hannah from Irish Banana Tours!

There will be a  giveaway at the end of the post, so don't forget to scroll down, but first let me tell you all about the book! 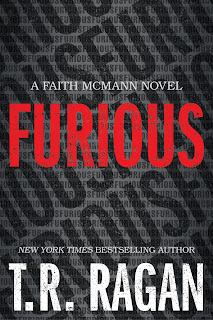 Faith McMann comes home to a nightmare: her husband is killed and her son and daughter are taken. Although the intruders leave her for dead, she survives. Crippling grief and fear for her children make life unbearable. Until her anguish turns to anger…and she trades victimhood for vengeance.

Frustrated with the law’s efforts, she takes action to rescue her children—and wreaks havoc on the brutal criminals who tore them from her. With her family and newfound allies at her side, Faith descends into the hellish underworld of human trafficking, determined to make those who prey on the innocent pray for mercy.

The forces she's up against have already proven that their ruthlessness knows no bounds. And there's nothing they won't do to turn Faith's crusade into a suicide mission. But they're about to learn that nothing is more dangerous than a mother fighting for her children—especially one who's earned the nickname Furious. 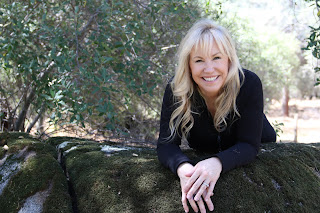 T.R. Ragan (Theresa Ragan) is a New York Times and USA Today Bestselling author. Her exciting Lizzy Gardner series: Abducted, Dead Weight, A Dark Mind, Obsessed, Almost Dead, and Evil Never Dies, has received tremendous praise. In August 2015 Evil Never Dies hit #7 on the Wall Street Journal Bestselling List. Since publishing in 2011, she has sold over two million books and has been mentioned in the Wall Street Journal, the L.A. Times, PC Magazine, Huffington Post, and Publishers Weekly. Theresa grew up in a family of five girls in Lafayette, California. An avid traveler, her wanderings have carried her to Germany, Ireland, the Netherlands, China, Thailand, and Nepal, where she narrowly survived being chased by a killer elephant. Before devoting herself to writing fiction, she worked as a legal secretary for a large corporation. Theresa and her husband Joe have four children and live in Sacramento, California. FURIOUS, the first book in her most recent Faith McMann series will be released March 22, 2016, followed by OUTRAGE and WRATH.

“Faith McMann, heroine of this gripping novel, is a Sacramento schoolteacher, wife, and mother who comes home just in time to witness her husband’s throat getting cut and her two children hauled away. The attempt on her life is botched—the killers were in a hurry—and as she recovers, she’s convinced the police are brushing her off. So she whacks a detective with his computer keyboard and gets sentenced to anger management sessions. If this were a cookie-cutter thriller, the male hero would be tracking the killers with an automatic weapon and maybe a major babe beside him. But our hero is smarter than that, and her revenge is a product of relationships, not bullets. In classes, she meets other victims as angry as she is, and, together, in fine scenes of action and suspense, they seek explanations and vengeance as well as the children’s rescue, which takes them into a slimy world of human trafficking. Learn here about “lot lizards” and “kiddie strolls” on the way to a wild finale. Suspenseful and smart, in equal measure.” —Don Crinklaw, Booklist

“Searing...Readers with strong stomachs will eagerly await the next installment.” —Publishers Weekly

5 copies of Furious (US only)