Mark This Book Monday: ARC Review of Some Fine Day by Kat Ross!!

As the second and final entry for this week's Mark This Book Monday, I have an ARC review, one for a book that has been left without a publishing date, that should have been released on the 1st of this month, but that when Strange Chemistry closed, was left on no man's land. 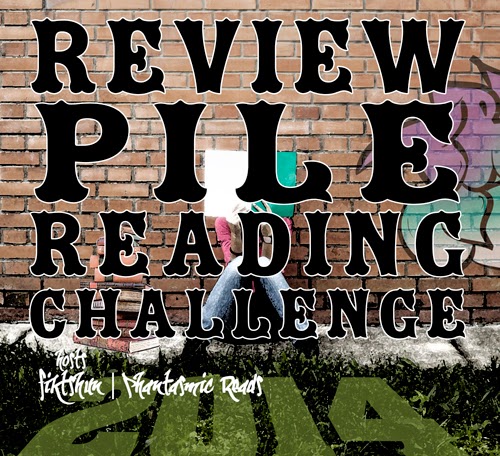 Some Fine Day by Kat Ross


When I requested this one, I knew I'd probably liked it cause it was a Strange Chemistry book and those are usually gems. Now that the Strange Chemistry press is closed, this lil gem of a book is in need of publisher and I count myself lucky cause I got to read it.

The world where Jansin lives is postapocalyptic since after massive climate changes society collapsed and the best and greatest of humanity moved underground to survive. Massive storms and hurricanes (called hypercanes) travel the surface of the earth destroying everything in their way. Civilization has continued in a different way underground, with city states, rigid society rules and big on the military. She gets a chance to go on vacation to the surface before graduating from the military academy and that's when everything changes.

I've read many dystopians, and I can get a feeling where things might go now and then, but this book managed to blindside me not just once, but twice. I was expecting the plot to move one way and it ended up going somewhere different! Which made me happy, cause it was a great direction both times and not only showed us different points of view, progressed the world building and allowed Jansin to grow and progress as a character, but I also like when things are not predictable!

There's a pair of twists, a Star Wars reference that made me laugh out loud and that has won this book a half star extra, a LOT of action, world building without info dumping for the most part and a little bit of romance that was a big motivator and that despite the fast pace of the book didn't feel like too rushed or insta-love-y.

The ending is a cliffhanger and now it feels even more horrible cause I need this book to be published and the sequel to be written and published, cause I want to know what happens next!

Well deserved 3.5 stars to this one and with the well earned SW extra .5 rounds up to 4 stars!