Hello everyone and welcome to my stop on the Blog Tour for TWO by Leigh Ann Kopans, organized by the ladies at Pen And Muse Press!

TWO is the awaited sequel to One and came out on October 8th. I was so very excited to read this one since I absolutely loved One and its unique premise and voice. I was also very much in love with the cover and with the fact that we'd be getting this story book from Elias' POV! I'll be sharing with you all both my review and my favourite quote.

I had trouble picking my favourite quote cause I loved so many, but then thinking about it, I just remembered something that really resonated with me, and I wanted to share this particular quote with all of you:

"I feel safer on the ground, but being safe is not what we're always meant to do. I know that now."

Curious already? Check out the stunning cover and the blurb! 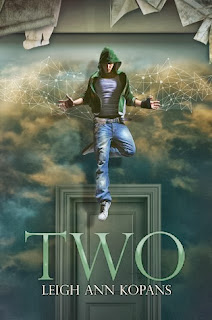 Elias and Merrin are on the run.

After escaping the Biotech Hub, they thought they could breathe easy, or at least a little easier. But when bombs slam into the Social Welfare Hub only hours after their arrival, it becomes clear there's nowhere to hide - and no end to what Biotech will do to get them back.

Their last chance for safety and answers is the Clandestine Service Hub. CS has intel on the real, broader purpose behind Fisk’s experiments , and the newfound knowledge of the horrors hidden deep within Biotech’s walls sends Merrin back to recover a secret formula that could ruin the Supers’ world forever—and might just save the lives of the Biotech victims spiraling out of control.

Elias' sisters are counted among the victims of Fisk’s experiments, and if Elias can't find and help them, their powers will destroy them--sooner rather than later. Returning to the place it all began terrifies him, but with Fisk ready to make an example out of Merrin, and his sisters’ lives --and the lives of all Supers--hanging in the balance, he might not have a choice. If he can't find the courage to face his worst fears, Elias might lose more than his newfound powers. 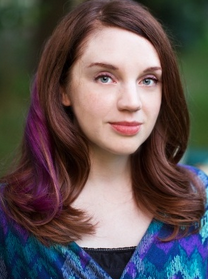 About the author: Raised on comic books and classic novels, Leigh Ann developed an early love of science fiction and literature. As an adult, she rediscovered her love for not only reading, but also writing the types of fiction that enchanted her as a teen. Her debut novel, ONE, is about a girl with only half a superpower, the boy who makes her fly, and her struggle to make herself whole.

After finishing ONE, the debut for LeighAnn Kopans and finding out that there was gonna be a sequel (there had to, with that ending!), I was extremely impatient to get to read it and when the author gave me the chance to get an ARC I jumped at it! I got the ARC in exchange for an honest review and my opinion is my own.

The Biotech Hub was severly damaged once Merrin rescued Elias, his sisters and her own brothers with the help of her parents. Merrin and Elias are on the run, trying to find a safe place to hide and find some answers to all the questions the information they got at Biotech prompted. They know their best bets are the other Hubs cause Supers, not even Ones, aren't entirely welcome amongst the general population. Social Welfare Hub is their first pit stop but it's clear that they're not safe from Biotech there so they fly to their best option: the Clandestine Service Hub or CSH (or the Supers CIA equivalent).

Elias is more damaged and rattled from the experience in Biotech's lab and all the revelations they had to face there than he even wants to acknowledge and that is the major motivation of how he deals with their immediate present and future. He's so worried about everyone's safety, Merrin's and his sisters' most of all, and he seems to carry the world on his shoulders, always worrying about how to keep everyone safe while Merrin keeps on trying to find answers and solutions.

We get some old friends back, like Leni and Daniel, and they also make some new friends with different Supers that make Merrin want to learn and push more and that get Elias to worry even more.

There are plenty of twists and turns in the plot, with some quite unexpected surprises thrown for good measure. There's a fight against time and a daring rescue again, and despite his wish for staying safe, Elias has the key to save everyone if he decides that risks are worth taking.

A fantastic sequel that closes the series but that could leave some openings for spin off stories, that I do hope the author will take, cause I'd love to read more about the ONE & TWO universe!

Very well deserved 4 and a half stars!