Xpresso Book Tours: Across The Wire by Stella Telleria!!

Hey there everyone! Today I'm taking part in the Blog Tour for Across The Wire by Stella Telleria, organized by Xpresso Book Tours!

I will be sharing my review, so click HERE for the full tour schedule! But before that, let's get you some more information about the book & author, shall we? 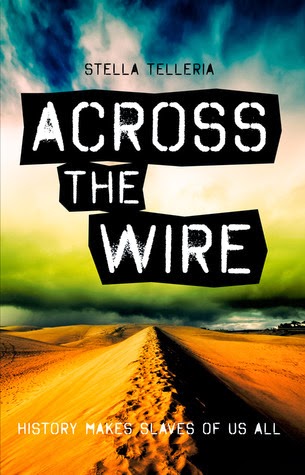 Synopsis:
When Mia Mitchell, a hardcore but lonely former Marine, steps into an alley to pull some thugs off an unlucky foreigner, she walks into a fight she expects. What she doesn’t see coming is the foreigner making her a job offer any sane person would refuse. So, she takes it. She thinks she’s headed for some third-world country; instead she’s mysteriously transported to an Earth-like parallel world. That’s a mad left-hook.
Mia discovers a matriarchal dystopia where freedom doesn’t exist and fighting for it means execution. Lethal force bends all to the law; women fear for their families and un-wed men suffer slavery. Mia’s job is to train an underground syndicate of male freedom-fighters for a violent revolution. However, the guys don’t want a pair of X chromosomes showing them the way.

Eben, an escaped slave, is encouraged by Mia to become a leader among the men. But when he turns his quiet determination on her, it spells F.U.B.A.R. for cynical Mia. Their unexpected connection threatens more than her exit strategy; it threatens the power struggle festering with in the syndicate.

Haunted by nightmares and post-traumatic stress, unsure who to trust or how to get home, Mia struggles to stay alive as she realizes all is not what it seems. 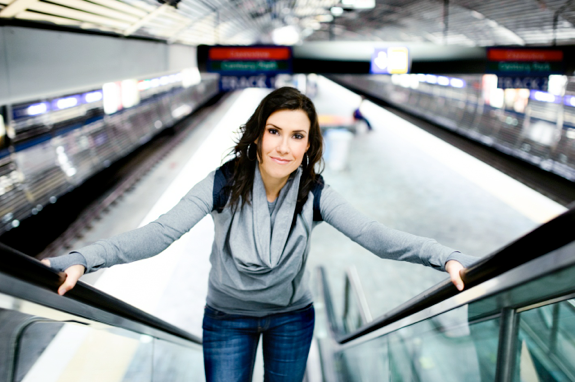 All my life I’ve dreamed of stories or have had my nose buried in one. I live in Edmonton, Canada with my husband and my weird sense of humor. Across the Wire is my first novel.

I got myself this book after taking part in a book blizt for it organized by Xpresso Book Tours. I was very intrigued by the premise and the main character. So when I saw that there was going to be a book tour, I knew I wanted in!

Mia is an ex-Marine, sent back home cause she wasn't deemed fit for active duty. She isn't adapting well to normal life, since she suffers from a clear case of PTSD. She encounters an odd man that asks for her help to train victims of gender oppression, and she finds herself in a parallel universe where men are the oppressed ones and women are the cruel tyrants.

The setting was very much intriguing, even if no details are giving about the way to travel to a parallel universe, aside from the mention of a wormwhole. But the whole absolute matriarchy that reigned in Gaia was a brilliant setting to shake our preconceptions. The way women are abusing their power as men have been and continue to do so (in some places more than others) in our world is a remind for us all, men & women alike, that the solution to our problems is not going to any extreme of the spectrum, since absolute power corrupts absolutely, but to find the happy medium when we all treat each other as equally important and valid human beings.

Stella Telleria builds a world that made me cringe and made me think and ponder, one that felt real and plausible even if extremely unwanted for me. I consider myself a feminist, but I'd never want the tables turned in such a way!

The characters were extremely well crafted and felt so real. Mia, Gavin, Eben and all the rest feel fully fleshed, even the secondary characters that appear only for a moment but that might not be as secondary as you think.

Mia, as war veteran with PSTD felt so real, with her rawness, her numbness as a way to deal with her pain and her flight or fight response... She's a fantastic character that might not seem easy to love, but I was rooting for since page one!

Eben was a different type of survivor, but a fighter nonetheless. After being a slave and barely thinking of surviving each day, he find something to fight for and a purpose in the fight the rebels want to present, and Mia also makes him strive to get over his preconditions and prejudices.

The plot starts in a rather straightforward way, Mia has been brought to train a group of rebels in self-defence and to try and rescue more and more men to give them a choice at freedom, but as the book progresses it comes apparent to Mia and us that there's much that she doesn't know and that her allies/employers/fellow rebels aren't telling her, and that might be much more at stake that she even guessed.

The ending is quite brutal in a way, because war is brutal no matter how good your reasons and intentions are, but it also ends in a note of hope and with a lot of unanswered questions and me hoping that there ARE more books after this one! (Confirmed with the author, she's working on book 2, *phew*!).