Mark This Book Monday: ARC Review of The Shadow Prince by Bree Despain!!

Today last Mark This Book Monday is yet again another ARC, but this one was one of my very first Edelweiss ones! And since for me is so rare to get approved for an ARC there, it's quite a milestone!
I'm cutting it a bit close with this review since release day is tomorrow, March 11th, but since I got it a long time back, I kept on thinking I had plenty of time for it!

This book is also part of my 2014 Review Pile Reading Challenge! I feel like I'm gonna be more on top of my list of review copies this year! 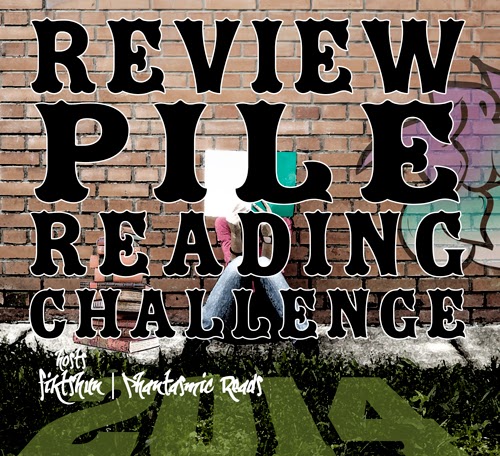 
I got The Shadow Prince eARC on Edelweiss and it was one of my very first ARCs I got there and since I got with quite advance I kinda kept on pushing it back on the reading list till it was the week before release day!

I was a bit concerned when reading the summary that this would be just another of those teenage stories of girl falls for bad boy in a new high school, but nope! I was very much happily surprised when I saw that the book was surprising me with the twist on Greek mythology, with the main characters and with the line the story was taking! A very pleasant surprise of a book that I devoured!

Daphne Raines lives with her mother in a small town but dreams of leaving and sharing her music with the world though she knows her mother wouldn't approve. Everything changes when her stranged rockstar of a father comes back and offers her to live with him and get her into Olympus Hill High and its prestigious music program. I really loved Daphne, she wasn't your ugly duckling typical character. She loved her mother and music and wanted to pursue her dream. She didn't trust her dad but was willing to give him a chance with plenty of reservations. She has insecurities and flaws, but she's not one of those "woe is me" kinda character.

Haden Lord or Lord Haden is the son of the current king of the Underworld, descendant of the line of Hades, but he fell in disgrace when he was a kid and since then has been trying to regain his father's favour and his honour. He gets the chance to do so when the Oracle determines he's the one that should go on the mission to bring back the girl that will return immortality to his race. Haden is a bit of an odd character, he's been raised in the Underworld with a set of values and a code of honour that reminded me very much of the Spartan code and his whole life since he fell in disgrace has been about regaining his honour. Now he is in the human world and needs to learn to stand up less and needs to learn how to woo a human girl to convince her to cross the gates to the Underworld.

I loved how this was NOT an insta love thing! Haden and Daphne first meeting is disastrous and Daphne runs away thinking that Haden is a bit of a psycho! Their interactions are awkward and funny and it does take quite a while for Daphne to warm up to Haden, I think it was on about 66% of my ARC when she seems to be thinking that he's not all that bad and defends him. What I loved was that the way to connect for them is through music, since Haden discovers music through Daphne as it was forbidden in the Underworld.

I fell in love with the book because of the twists on Greek mythology that it has. It's not just the story of Hades and Persephone, but also Orpheus and Eurydice and a new war between gods and their descendants, Oracles and factions and prophecies and destiny and fate... The plot has some fast moving places and slow moving ones but it was never boring and always managed to entertain me and keep me intrigued enough. There are a few revelations, some more unexpected than others, and the book ends with an ending that's open enough but not with an awful cliffhanger, which is always welcome!

A refreshing take on some classic cliches and something new and different done with Greek mythology. Well deserving of 4 stars and I will be eagerly awaiting to see what will happen in the sequel!