Hello everyone! This week I have a special guest over in the blog, she is Terra Harmony the author of The Rising, a paranormal story that mixes Mermaids and Werewolves.

She very generously offered to write a guest post to tell us why did she decide to mix such different creatures and also will be giving away 5 copies of the book for 5 lucky readers!!

Mermaids and Werewolves – A match Made in Heaven?


First, a big thanks to Pili for having me as a guest on her blog! Pili mentioned how intrigued she was with the combination of mermaids and werewolves in a book. I think that is one aspect that draws some readers to the book…and let's be honest, it may send some readers packing before they get the chance! So, why did I decide to use both in my story?

If you've read my other books in The Akasha Series, you'll know that I'll drive you to despise a character in one book, but then try to make you sympathize with him in the next. Writing, for me, is a hobby and I try to make it fun! So when I wanted to write a series focusing on a fantasy creature, I had to get creative. Vampires – have been done. Angels – too…feathery for me. Elves – too short. Fairies – meh, maybe later.

But mermaids – YES! Werewolves – have also been done, but never like this.

I really, really want to delve into thedeeper connection between mermaids and werewolves, but I can't without ruining the book for you. Though I can let you in on a few secrets. The werewolves once served as protectors for the mermaids when they came ashore to mate and give birth. The relationship turned sour, and the werewolves revolted in a night that became known as the Maiden's Massacre.

Let me tell you, each creature undergoes a transformation – and those transformations have more similarities than you may realize. Each creature is also tied to the cycles of the moon, just as our oceans are. The first book of the series goes into this, though it focuses on the mermaid society more than anything. The second book will reveal a lot of the werewolf society, and I can't wait to reveal the contrasts!

Respond below – what are some of your favorite fantasy creatures, and what pairings would you love to see? 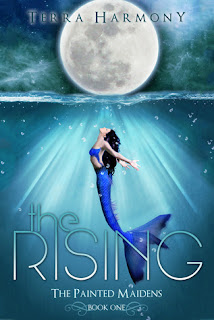 The Rising: Book One of the Painted Maidens Trilogy

Fifteen-year-old Serena is the youngest member of a dying race. The increasing acidity of the ocean is destroying her home, slowly eating away at the once thriving underwater landscape. But since the night of Serena’s birth, it is an outside force that most threatens their dwindling
population. Werewolves, who once served as protectors for mermaids in the Kingdom of the Undine, now seek to eliminate all who dwell in the ocean—and Serena is about to find herself right in the middle of the deadly conflict.

Given the title of Werewolf Liaison, Serena is determined to make things right for her people. When she ventures to The Dry, she meets Liam, the werewolf with hazel eyes, and her whole world gets turned upside down. As Serena discovers the real history between werewolves and mermaids, she is left wondering who her true enemies are. 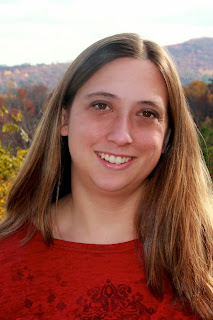 
Terra is author of the eco-fantasy novels in the Akasha Series, 'Water', 'Air', 'Fire' and 'Earth', as well as the Painted Maidens Trilogy. Terra was born and raised in Colorado but has since lived in California, Texas, Utah, North Carolina, and Virginia. Terra has served a 5½ year enlistment in the Marine Corp, has earned her bachelor's and master's degree and presently runs the language services division of a small business.
Terra currently lives in a suburb of Washington, DC with her husband of 14 years and three children.

Thanks a lot, Terra!

And here's the giveaway!! I decided to try Rafflecopter since I think it's easier for me to manage and for you guys to complete steps!