As you might have noticed, the blog has been rather quiet for the last two weeks, and even if I returned this past Tuesday, I still haven't unpacked the suitcase or even started editing all my photos!

But, I must say that this trip was exactly the therapy that my broken heart needed! I took a trip on my own, enjoying my own company, did exactly what I felt like doing all the time, attended book events, met awesome people finally in person... all in all, now I can say that I closer to being finally okay than I've ever been since the beginning of the year.

This first post is gonna be all about my 4 days in New York City, and it will include 2 book events, one amazing Broadway musical and a stroll at Central Park with the adorable and lovely Nikki Kelly!!

I arrived close to 2 pm and navigating JFK, going through immigration and reaching my hotel took a while, but soon I grabbed my printed Google maps directions and headed to Books of Wonder for my FIRST EVER book event! It was a lot of fun and Kendare Blake was amazing (so were the croissants, I must say!) and I loved hearing all about what inspired the series, and also I'll never be able to look at a T-rex the same ever again, from now on I'll picture them as gigantic red and yellow chickens... And it's all Kendare's fault!!

Then when the signing part happened I started chatting with Kendare telling her I was the Spaniard on Twitter that had just landed that day and then a super nice fellow book lover (and I'm sure book blogger) took a picture of us despite the non-cooperation of my phone (thank you!). It was simply fantastic! I came back to the hotel, and tried to fight jet lag to read Mortal Gods, but I only managed 2 chapters before crashing! 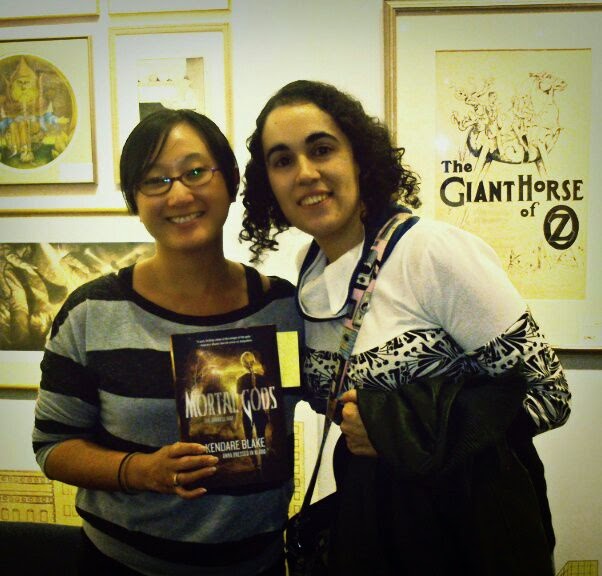 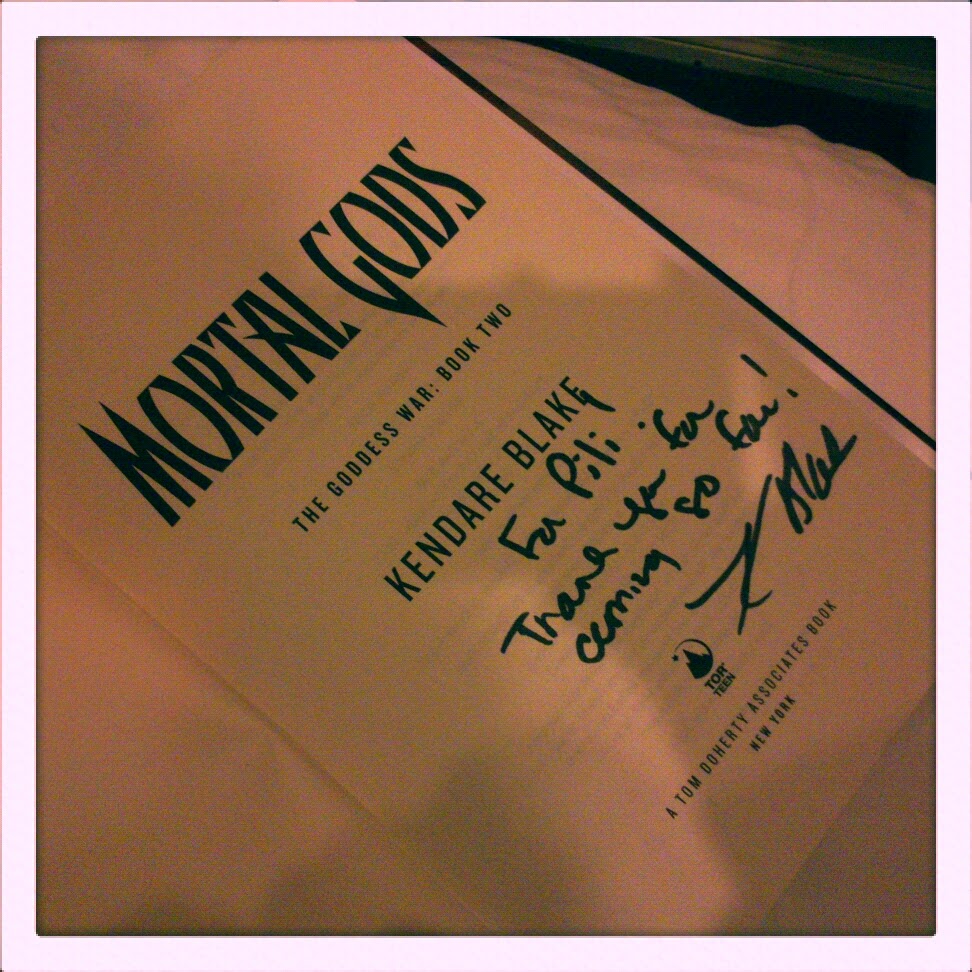 My second day started with me waking up at 4 am in the morning, finishing Mortal Gods and then deciding that I needed to go grab some cupcakes at Magnolia Bakery (that was super close to my hotel), try to find a Body Shop and the metro/subway station to go to TriBeCa to the Fierce Reads event! I tried two cupcakes at Magnolia, and although the Apple Harvest cupcake was very nice (although didn't really taste of apples at all), the red velvet cupcake was quite a disappointment for me... too dry and compact and made with vanilla whipped icing which was too sweet for my taste, I prefer the red velvet made with cream cheese icing! *sadface*

Then was my time to try and find the damned and hidden red line 1 subway station! It took me close to half an hour but I found another bakery to try the next morning! ;) Finally I was on my way to TriBeCa and then after locating the right B&N, I had sushi lunch at Good Foods and then went to camp at the store to await the event time to arrive! I met Amber from The Book Bratz and fellow Founder Member of the Styclar Street Team and then we grabbed our seats on the first row!

When the authors arrived and took their places Nikki spotted us and she was all "Piliiiiii!!" and telling all the other authors that we were founder members for her street team and that I had travelled all the way from Spain! She was beyond aadooorableee!!

The whole event was a LOT of fun!! All the ladies were amazingly funny! Nikki was particularly adorable with her Queen's English and cute accent! We also were very lucky to have Ksenia Winnicki in the audience as well as the model for Lailah's cover!

Then came the moment of signing books and swag collecting and in general forget to take pics with everyone for me... I didn't get photos with Jessica Brody, Gennifer Albin OR EVEN NIKKI HERSELF! Thankfully we took a Team Styclar one! 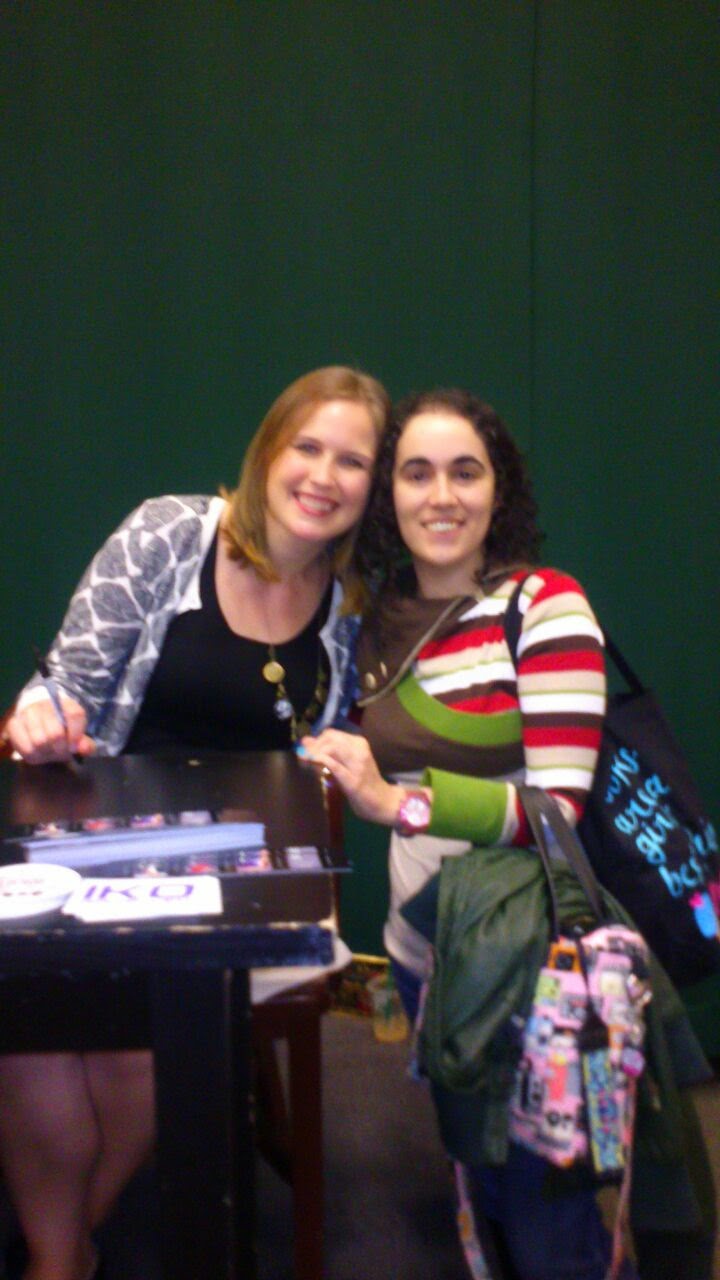 With Marissa Meyer! And sporting my beloved Pivot Book Tote painted by the awesome Becca from Pivot Point Reviews! 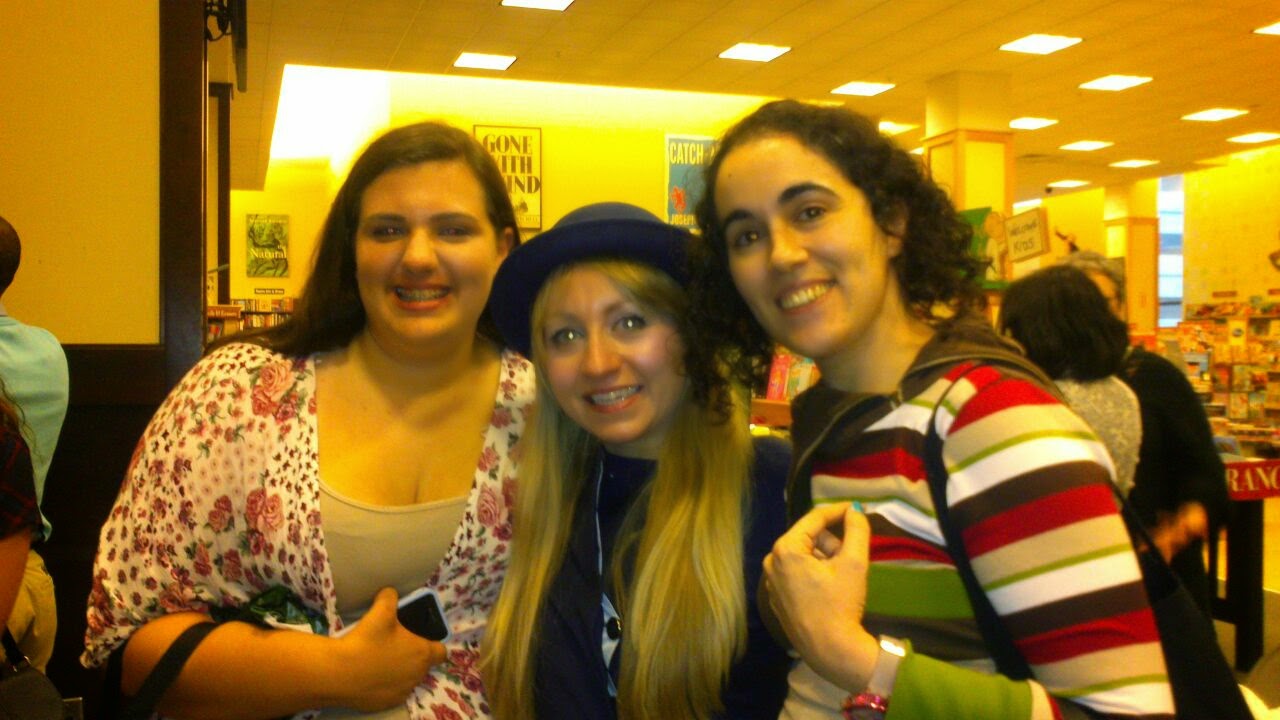 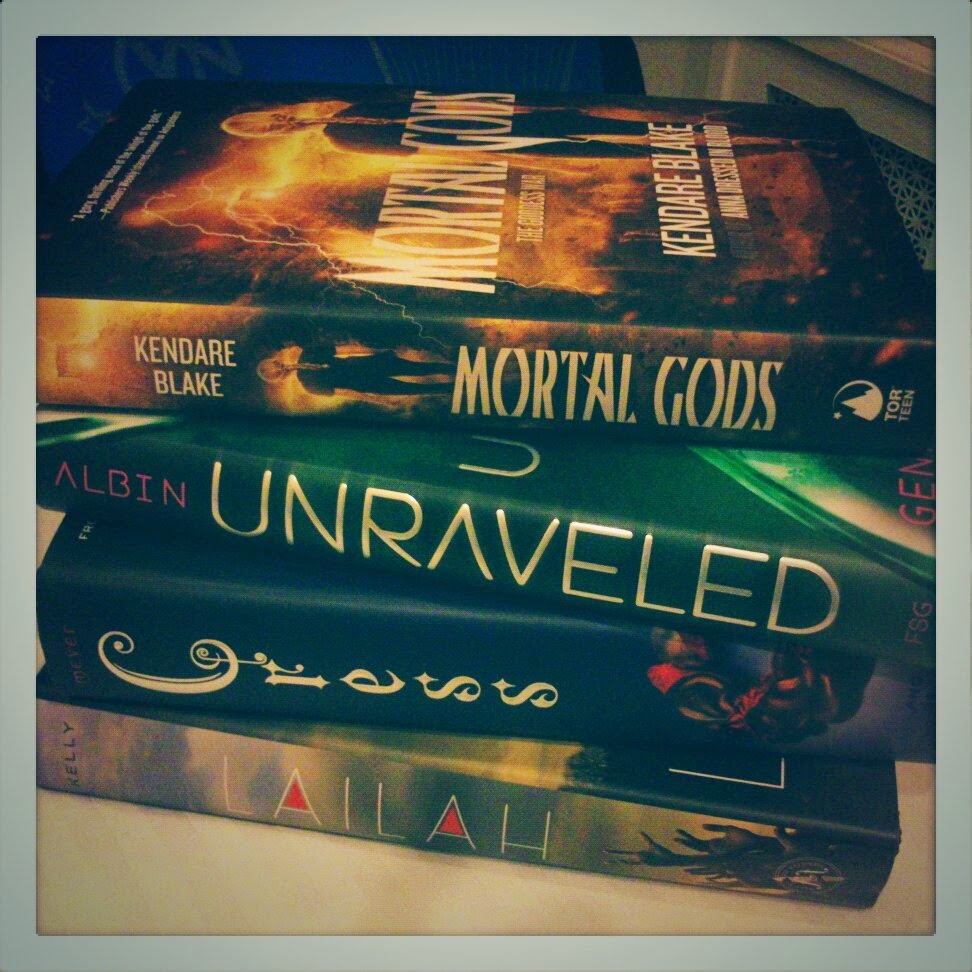 And my loot from all the book events!! All signed books!! *FLAILS*

I started by 3rd day in NYC with tea made with hot water from the tap because to my shock and horror there was no kettle on my hotel room!

The day was spent doing touristy things like visiting places via the Hop On, Hop Off tourist buses and taking loads of photos all over the place, that I will need to edit soon!

And then in the evening, another milestone for me! I finally got to see Wicked The Musical, after wanting to see since 2008 when I read the book, which happens to be one of my favourites (and I feel like I need to re-read soon!!). I went completely overboard with buying swag but I felt like the experience required it! It was simply beyond amazing! And I'm listening to the soundtrack while writing this! 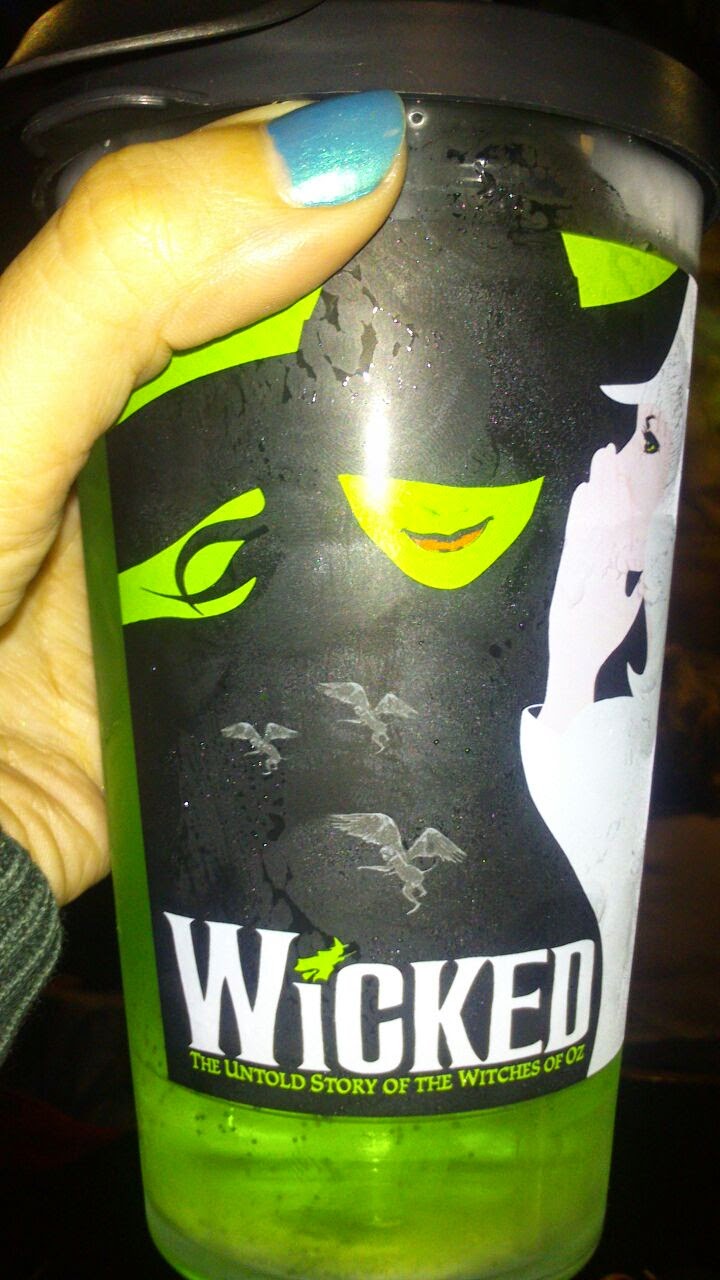 My Ozmopolitan in a souvenir cup! Green and with this amazing artwork that I love! 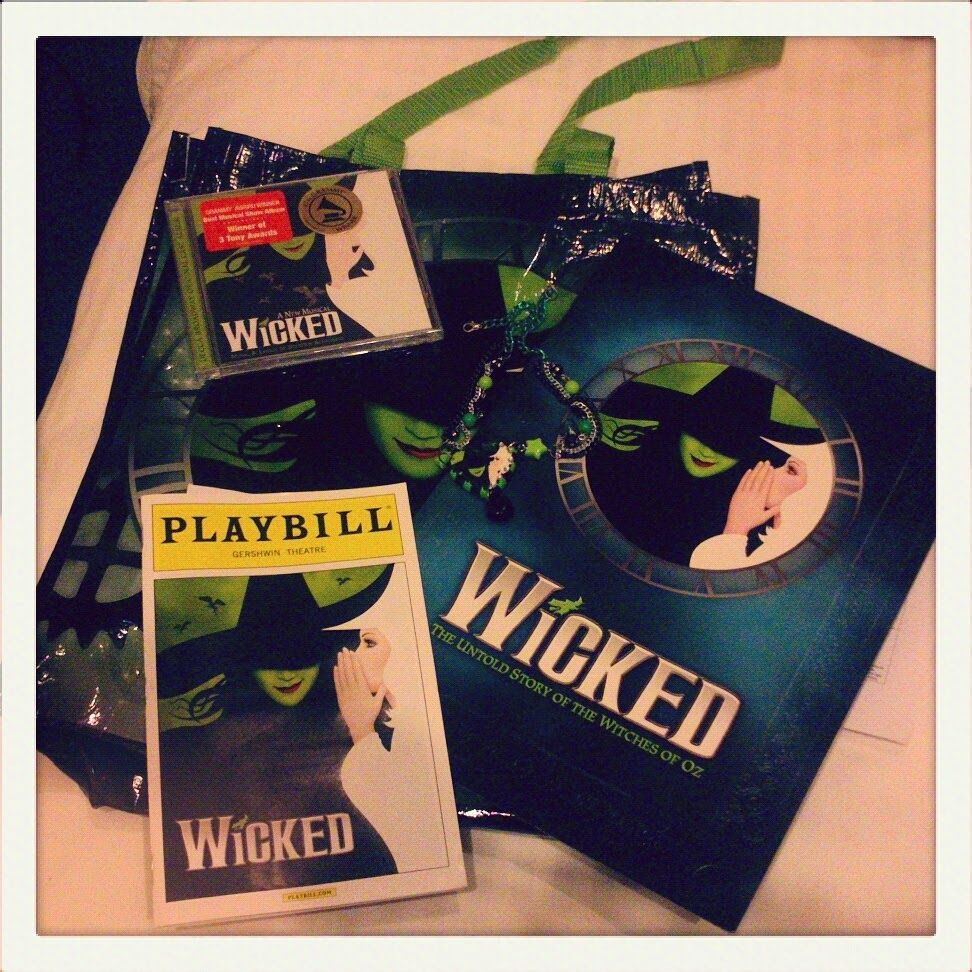 All my Wicked swag!: Program, CD, Playbill and totebag! 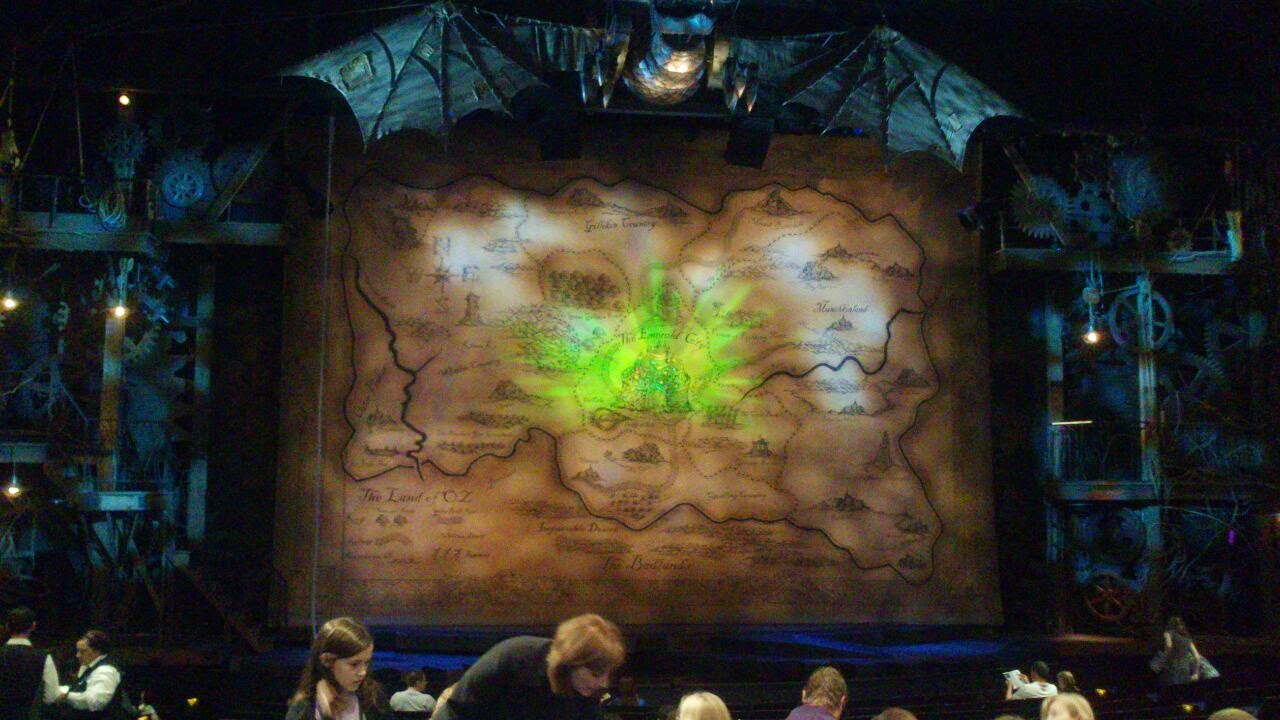 And this was the amazing curtain down look! And the mechanical/clockwork dragon!

Day 4: Baked by Melissa and Central Park with Nikki Kelly!

On 4th day and last full day in NYC I started a very rainy morning with some souvenir buying and some Baked by Melissa mini cupcakes for breakfast! And by some, I mean 12! I ended up doing a proper tasting at the hotel hall! ;) 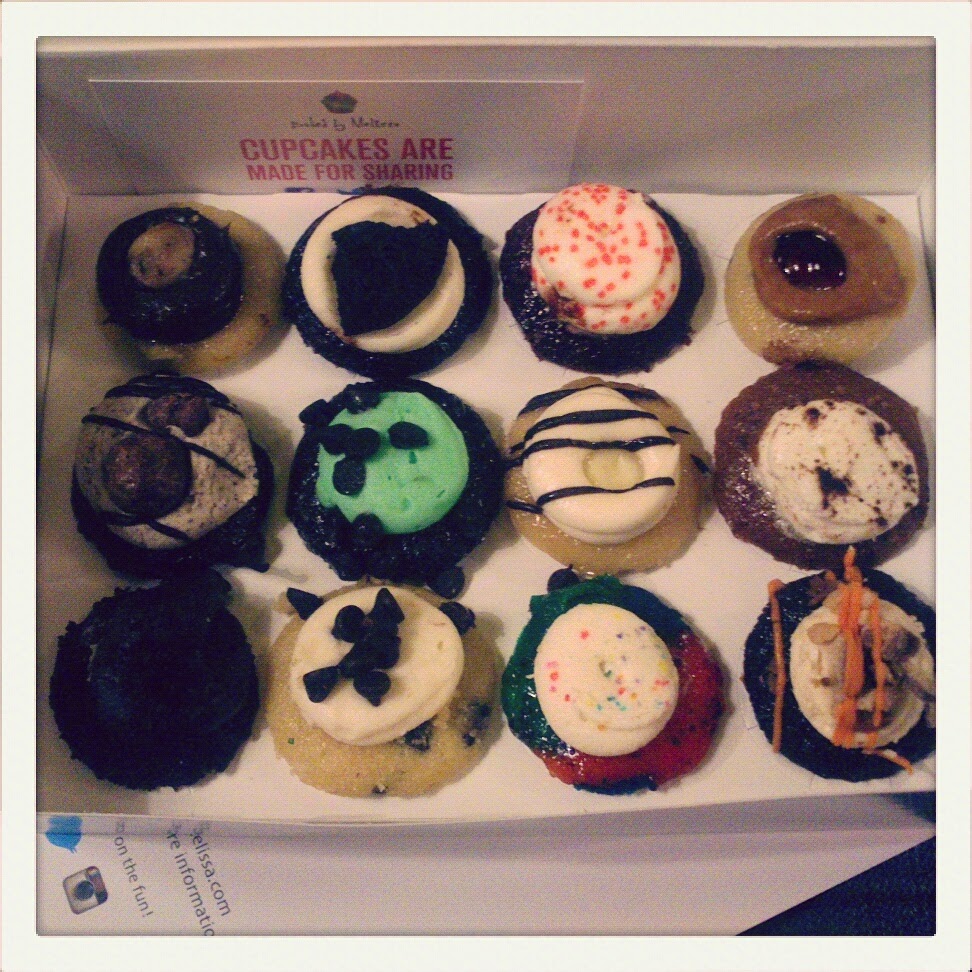 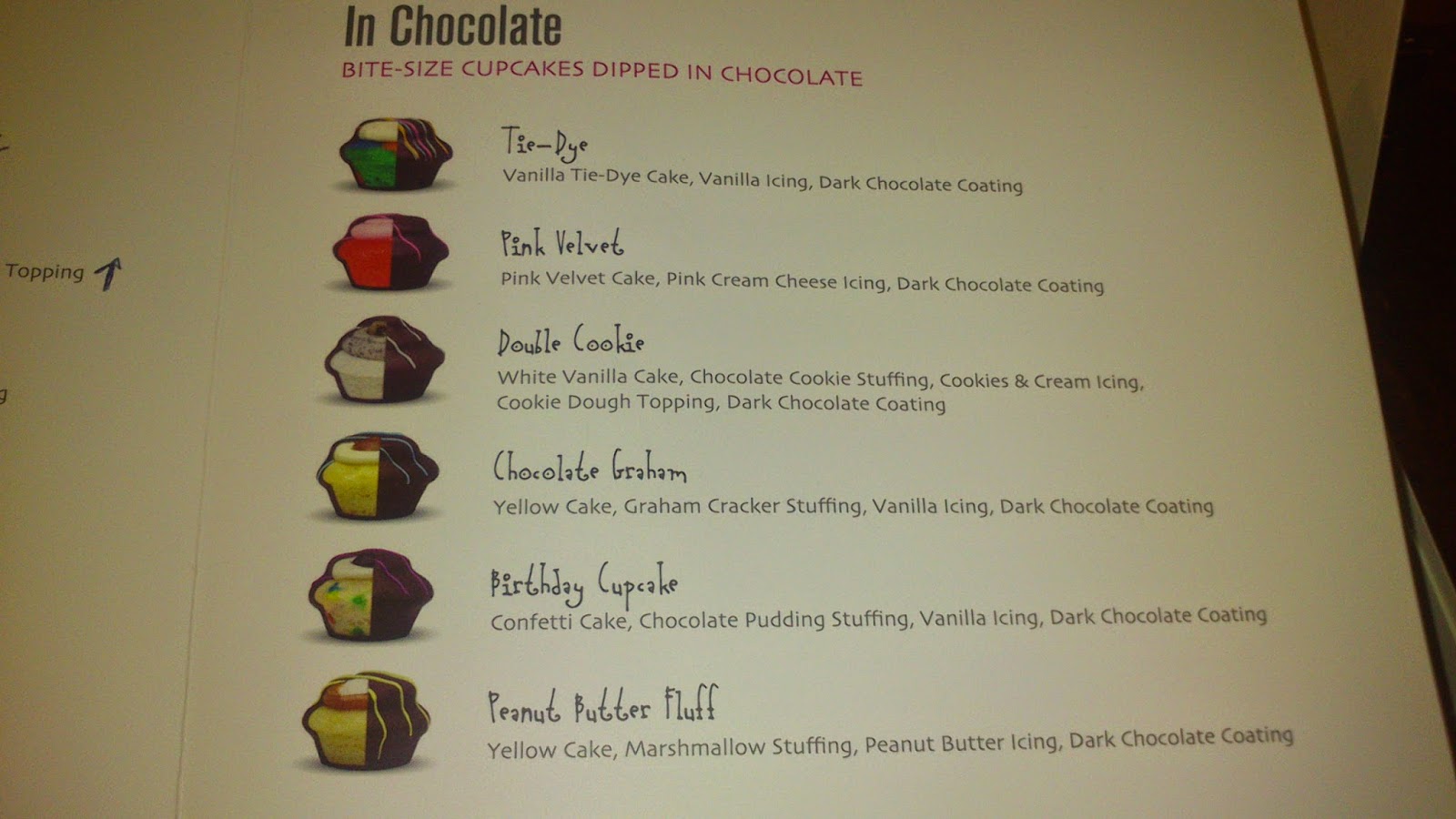 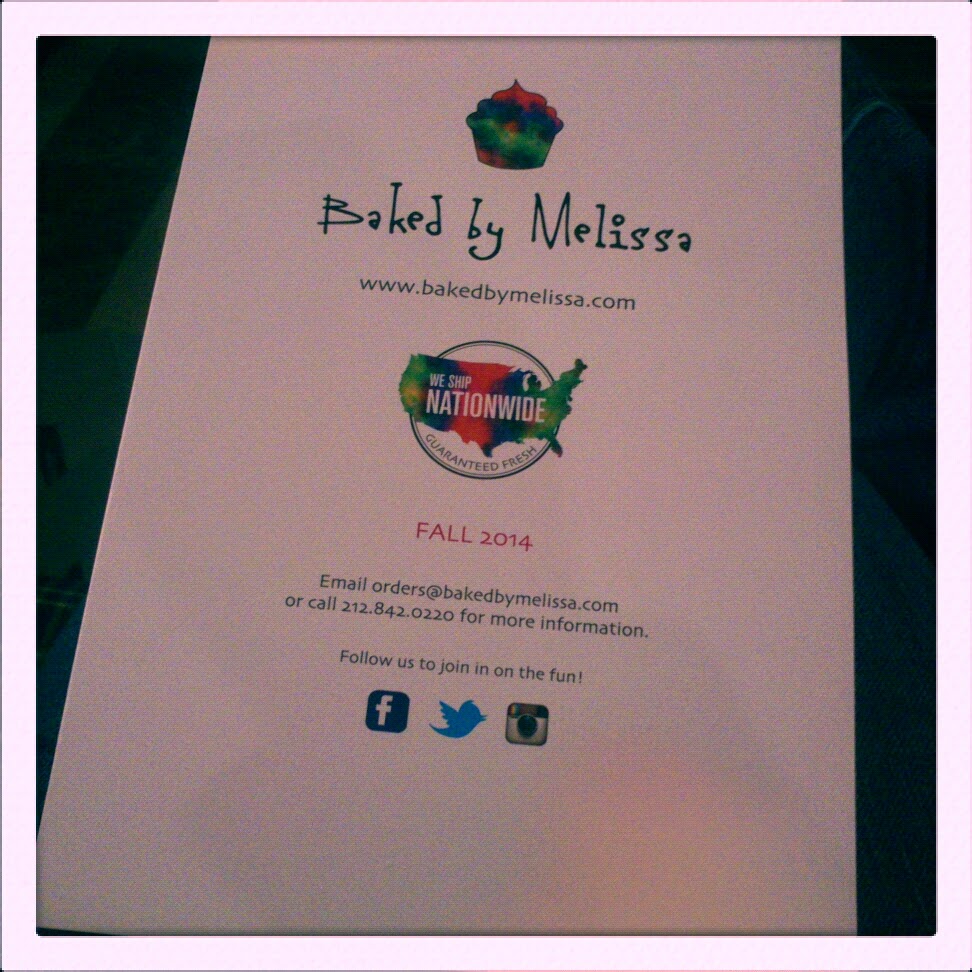 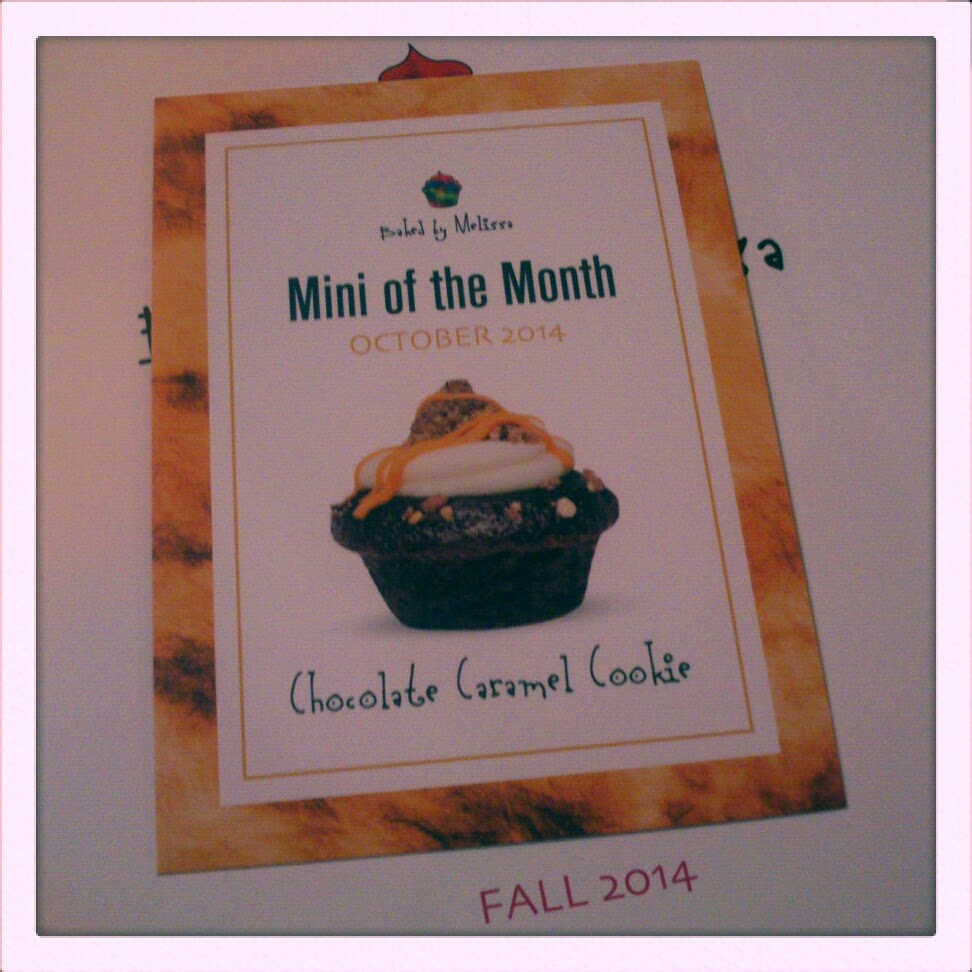 All in all, a much better experience than the Magnolia Bakery ones! If you're in NYC, go visit!!

Then I had sushi for lunch in my hotel firescape while listening to the main title of Outlander... One of those fun things that had to be done! I loved that my window was on the firescape side, it's so typical from that side of the ocean! Then I met with Nikki at my hotel and we walked towards Central Park hoping to come across a bookstore, but weren't lucky!

We took a walk around the park, chatted about how hard it is to make proper tea in the US due to the usage of "creamer" instead of regular milk, we chatted about the Fierce Reads Tour and about the upcoming Styclar books but because I'm all NO about the "Spoilers Sweetie" she only told me that I better prepare myself for book 3 since it's gonna be the wildest of rides! And then Nikki had to go back to her hotel for more meetings, but I'm hoping I'll get to the UK soon-ish to visit her (and will bring cupcakes). 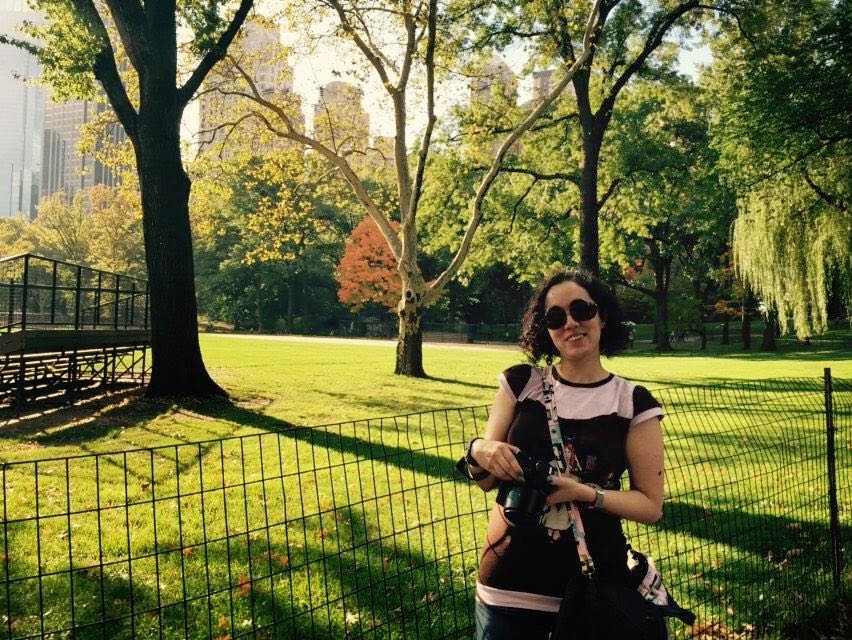 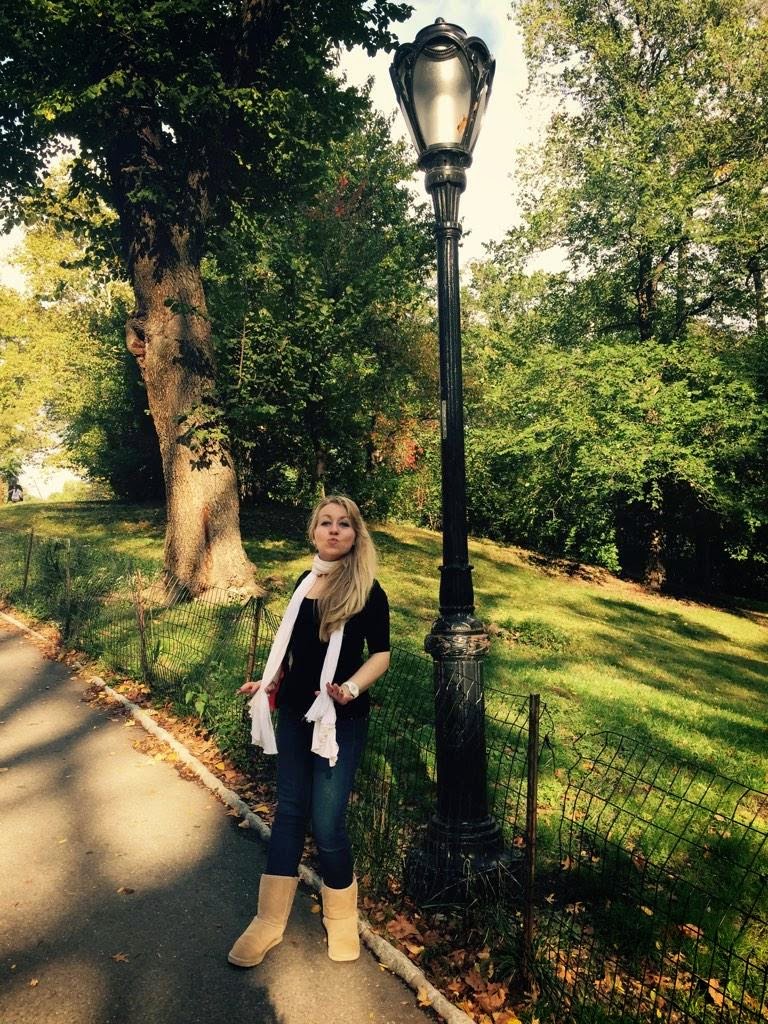 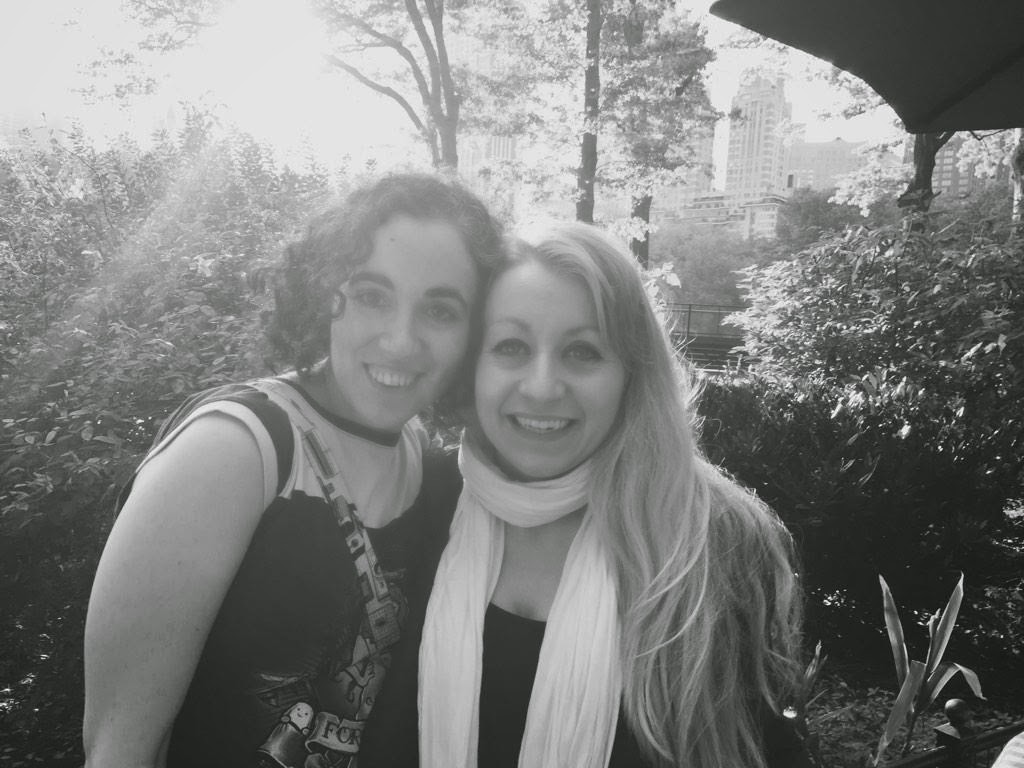 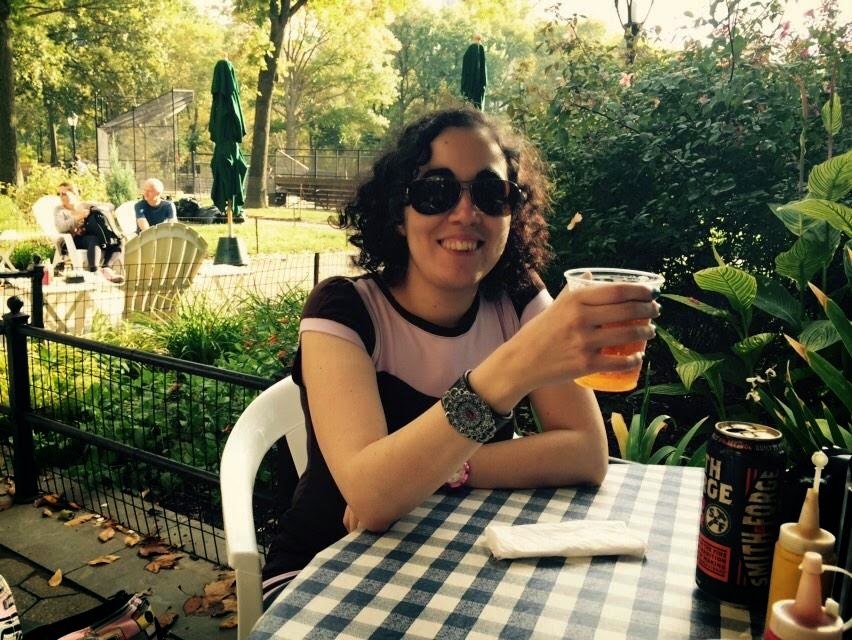 Then I returned to my hotel where I ended up crashing early... damned jet lag! Up at 7 am at the latest and off to bed at 9 pm at the latest! Where's my usual night owl gone to??

And the next day I was off to Chicago, the Windy City but that will be a post for another day!! Probably Saturday!! This one is so bloody long already!! Thank you for reading till here, you're champions!!