Mark This Book Monday: ARC review of All Is Fair by Emma Newman!!

Hey there everyone! Monday is here again and with it a pair of new Mark This Book Monday entries!

I will start with the review of the ARC of the third book in the Split Worlds series that I got from NetGalley and that I had as part of my September is for Sequels challenge! 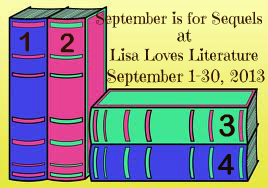 You can also check my reviews for book 1 (Between Two Thorns) and book 2 (Any Other Name).

All Is Fair by Emma Newman


All Is Fair is the third book in the Split Worlds series and it would be the last one if it was a trilogy, but I'm really really hoping it won't be!

As always, since this is the third book in a series some spoilers for previous books are to be expected, but I will try my best not to let any spoilers for this one creep in.

A lot has changed for Cathy and Will since we first met them and both of them have grown a lot, changing their own expectations and ideals, and even more pointedly for Cathy, adapting and growing and stopping running away from things. Their relationship is growing steadily, even if their life in the Nether as Duke and Duchess of Londinium is putting a lot of pressure on them. They finally have proper conversations, proper communication and despite all the things they keep on doing on asides from each other, they finally know how to be together and united.

Cathy has to deal with recovery from her ordeal, the awful Dame Iris, the expectations of the Iris fae patron and with finding away to work against the system from within. She will try her best to find allies but in the end she'll have to be the one to take the initiative and be the one willing to take on the risks.

Will, oh dear will, he finally gets into the position of power his patron asked of him, and now he starts discovering so many uncomfortable truths, and he has to deal with so many regrets... He's trying to do what's right, fix some wrongs and ends up getting some revengue... but afterwards he truly realizes he has no taste for it. By the end of the book there's still one big secret he's keeping from everyone including Cathy, and I'm so sure it's going to bite him in the arse sooner than later...

Max and the gargoyle, those two are such a pair! They can be a bit of a comic relief on occasion but they both are also key players on all the confusion with unraveling what's really going on with the Sorcerers and despite the bloody mess it all ends up being, they will stick together through and through! They both learn a lot of lessons, and I'd really look forward to see what they're manage to build out of the rubble they're left with.

Sam... well Sam is the one that undergoes the most unexpected path for me, and the one that made me cry, since his was a very emotional charged path, unexpectedness aside. He'll became quite an ally in the changing of the future of the Split Worlds, and quite more of an enemy to the Fae that they'd ever expect!

This book was quite a ride, even if at times I was a bit reluctant to see what came next, since I'm not too much of a fan of when-the-shit-hits-the-fan bits on books! Some tentative friends turned into enemies but then turned into friends and allies, and we meet a character that was both hilarious and confusing, dear Rupert! And let's not forget some of the not exactly unexpected but equally disturbing revelations/confirmations we get about the Fae & the Nether in this book.

The ending could be left as is, I guess, but there are so many tiny threads all over left unresolved and frankly, as open as it is, I'm hoping we'll get to read more! I can't wait to see Cathy kicking arse and taking names, even if I'm sure the Fae will come craking down hard next!

Very well deserved 4 stars for this one, and already hoping Emma with work on a 4th book soon!