Yesterday I shared with you all my review and how much I loved Crushed, and today I have an interview with the author! Btw, don't forget to check out the rest of the blog tour HERE!!

But before diving into the interview I'm gonna share some more info about the book and about the very awesome Eliza Crewe!! 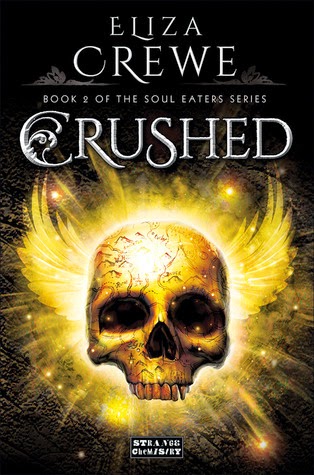 Meda's back. This time, she has a friend.

The battle is over; the choice has been made. Meda Melange has officially hung up her monstrous mantle and planted her feet firmly on the holy and righteous path of a Crusader-in-training. Or, at least, she’s willing to give it a shot. It helps that the Crusaders are the only thing standing between her and the demon hordes who want her dead.

The problem is, the only people less convinced than Meda of her new-found role as Good Girl are the very Crusaders she’s trying to join. So when a devilishly handsome half-demon boy offers escape, how’s a girl supposed to say “no?”
After all, everyone knows a good girl’s greatest weakness is a bad boy. 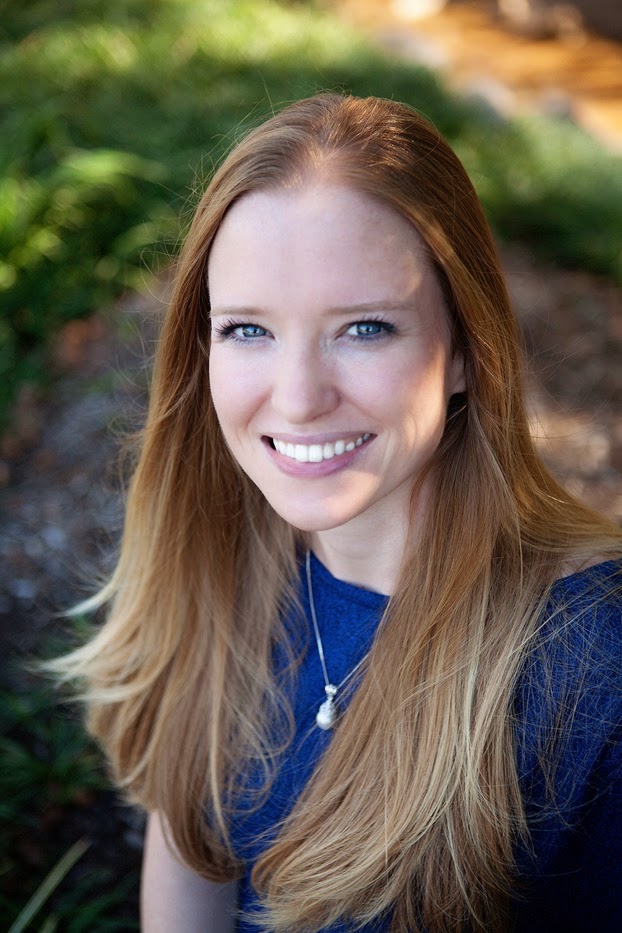 Eliza Crewe always thought she’d be a lawyer, and even went so far as to complete law school. But as they say, you are what you eat, and considering the number of books Eliza has devoured since childhood, it was inevitable she’d end up in the literary world. She abandoned the lawyer-plan to instead become a librarian and now a writer.

While she’s been filling notebooks with random scenes for years, Eliza didn’t seriously commit to writing an entire novel until the spring of 2011, when she and her husband bought a house. With that house came a half-hour commute, during which Eliza decided she needed something to think about other than her road-rage. Is it any surprise she wrote a book about a blood-thirsty, people-eating monster?

Eliza has lived in Illinois, Edinburgh, and Las Vegas, and now lives in North Carolina with her husband, her hens, her angry, talking, stuffed dwarf giraffe, and a sweet, mute, pantomiming bear. She likes to partially-complete craft projects, free-range her hens, and take long walks.

First of all I'm super honoured to have Eliza today on the blog and super happy that she wanted to do an interview here!

1.- There's no other to start my chance to interview you than with asking about Meda! She is such a refreshing and unique character and I absolutely fell in love with her from the first page of Cracked! How did she come to life? Was she always evil but good and with her amazing sense of humour or did you decide to make her that way?

Thank you! I’m so glad you like her.
I have to admit, Meda is pretty horrible. She murders someone in the first chapter and plans her second by chapter three. She is selfish and greedy and manipulative. Even her decision to murder only bad guys is largely self-interested. With all that working against her, I needed something to make the reader turn the page, so I went with humor. Readers might not root for her, but I wanted them to like her. Meda is a guilty pleasure--I wanted the reader to giggle along with her even as they know they shouldn’t.

2.- I'm a bit of a history lover and the Templar Knights and the many theories about them have always fascinated me. What made you decide to use them in Meda's story and to turn their poverty vow into trailers and bikes? I cannot help but picture the whole chapter of the Order as Heavy Metal listeners & Harvey riders!

I’ve always been a bit fascinated by the Knights Templar, too. I mean, what’s not to love? Warrior monks! Knights! The Holy Grail! Secret Societies! Friday the 13th! Plus they have a checkered history that worked well with the rather checkered characters I wanted to write. The biker twist was because I pictured motorcycles as the modern equivalent of a steed; and a trailer park is pretty standard low-cost housing where I’m from, in keeping with their vows of poverty. Plus, so often the secret schools in books are really cool, so I wanted to play on the readers’ expectations and surprise them by having the Crusader school be a complete dump.

3.- You kept Cracked rather romance free for Meda but seems that there might be something for her in the shape of temptation and a rather enticing Armand. What can you tell us about him and why you decided to further tempt Meda with him?

I decided to create a romance for Meda in Crushed for two main reasons. The first reason is pragmatic: avoiding the book 2 slump. Book 2’s are tricky. A trilogy is like a road trip. Book 1 is all about where you are, packing, anticipating; Book 3 is when you make it to the place where the awesome is. And then there’s book 2: the twenty-hours you spend in the car getting there. Sure you might see a few cool things out the window, but it’s never going to be as good as actually arriving. I wanted to find a way to spice it up.
In Bill Snyder’s book Save the Cat, he says that in the traditional three-act structure of a story, there’s something called a “b-story.” The b story is usually the secondary plot, and it’s often a love story. So, in your typical action flick, Hero saving the world is the A story; his falling in love while he does it would be the B story. A good b story should follow the same themes, and should harmonize with the A story. Ideally, the MC should learn something though the B story that helps them when they reach the climax in the A story. Snyder was talking about screen plays, but plenty of writers use this general layout for novels as well. I didn’t see why I couldn’t apply it to a series and thought Meda’s romance would be a good b story for the series as a whole.
Secondly, because I thought it’d be fun. The idea of writing a story about monsters in love just struck my fancy. A ruthless love story.

4.- Cracked didn't end with a cliffhanger (and for that I thank you) but it made me think if you had always planned Meda's story as a trilogy or if it evolved into something more while writing it and you decided that there was enough history and material to explore into 3 books?

I didn’t really pre-plan it, but I wasn’t worried when my editor asked for three books. It seemed obvious that there would be more to her story.

5.- Jo and Meda are the best of friends and they work because Meda knows Jo won't back down and won't take things the easy route, and I'm glad that a girl's friendship is so important in the books, was this a conscious choice for you or did it evolve organically?

Definitely a choice. At the time I wrote Cracked, I was pretty tired of romances in general and like the idea of a good friendship.

6.- And now the final question, I know you've talked about your publishing process before and all the difficulties you've had to dealt with as of late, but I was wondering if now that you've self-published Crushed are you going to try to get book 3 back into traditional publishing or are you going to continue the indie route?

I’m not going to look for another publisher for the Soul-Eater series, and even if one came to me, I’d probably say no. The reality is, the only publisher who would offer would mostly likely be a small one, and I think I’ve had my taste of those for a while. My distribution will probably stay small--just my existing fans and their friends--but I’m cool with that.

Thank you so much for being on the blog today Eliza!!

And guys, you all need to check this series for sure!! Meda will surely surprise you!!